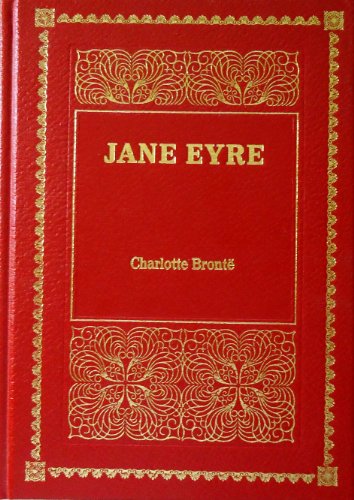 As an orphan, Jane's childhood is not an easy one but her independence and strength of character keep her going through the miseries inflicted by cruel relatives and a brutal school. However, her biggest challenge is yet to come. Taking a job as a governess in a house full of secrets, for a passionate man she grows more and more attracted to, ultimately forces Jane to call on all her resources in order to hold on to her beliefs.

'At the end we are steeped through and through with the genius, the vehemence, the indignation of Charlotte Bronte' Virginia Woolf

Description du livre Littlehampton Book Services Ltd, 1976. Hardcover. Etat : Good. All orders are dispatched the following working day from our UK warehouse. Established in 2004, we have over 500,000 books in stock. No quibble refund if not completely satisfied. N° de réf. du vendeur mon0005068352

Description du livre Hardback. Etat : Very Good. The book has been read, but is in excellent condition. Pages are intact and not marred by notes or highlighting. The spine remains undamaged. N° de réf. du vendeur GOR003868056

Description du livre Hardback. Etat : Good. The book has been read but remains in clean condition. All pages are intact and the cover is intact. Some minor wear to the spine. N° de réf. du vendeur GOR003083381

Description du livre Hardback. Etat : Fair. A readable copy of the book which may include some defects such as highlighting and notes. Cover and pages may be creased and show discolouration. N° de réf. du vendeur GOR003118616