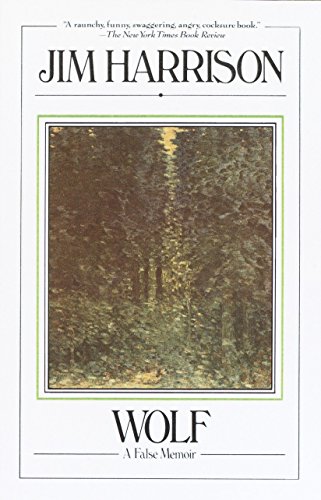 A boisterous, eloquent meditation on youth, nature, America, poetry, and what it means to live with an open though often wounded heart

Having abandoned Manhattan after too many heatless apartments, nameless women, and drunken nights, Swanson now finds himself back in the wilderness of northern Michigan. Roaming the woods in the hope that he might catch a glimpse of one of the rare wild wolves that prowl the territory, Swanson pauses often for retrospection, recalling his many wild evenings prowling across the United States.

James "Jim" Harrison (1937–2016) was an American writer known for his poetry, fiction, essays, and food writing. He is best known for his 1979 novella Legends of the Fall. His work has been compared to Faulkner and Hemingway.