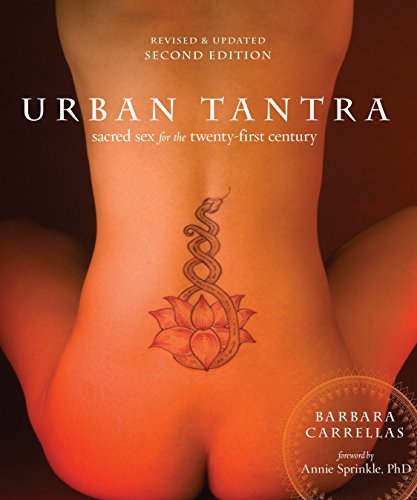 What Is Tantra, Anyway?

Tantra is such a vast, ancient, and mysterious subject that it’s difficult to find any two people who can completely agree on what it is. Happily, you do not have to spend the rest of your life studying the history and many philosophies of Tantra to receive its many benefits and pleasures. Nor will you need to go out and buy a lot of expensive stuff or change your wardrobe or learn to speak Sanskrit.

Tantra is a Sanskrit word that means “loom” or “weaving.” Tantra can also mean “a continuous process,” “the carrying out of a ceremony,” a system, a theory, a doctrine, a technology, or a section of a book. As such, the word Tantra can simply refer to a treatise on any subject at all. So you’ll often see it used in the titles of books that have nothing to do with the kind of Tantra we’re talking about.

Even when we use the word Tantra to refer to the spiritual practice that embraces sex, we’re likely to find many different opinions and interpretations of that as well. Countless Tantric texts were lost during the numerous times that Tantra was driven underground over the centuries. Many other teachings were never committed to writing at all. They were transmitted by word of mouth—from guru to disciple, often conditionally upon the disciple’s promise of compete secrecy.

No one knows exactly when Tantra began. Many scholars believe the seeds of Tantra were planted in shamanic, matriarchal societies three to five thousand years ago. The Tantra from which the modern form of Tantra that we’ll be exploring is descended began in sixth-century India during a period of cultural wealth, renewal, and intellectual advancement. Buddhism, Jainism, and the various Vedic traditions we now call Hinduism were the dominant religions in India at the time, and they were all segregated by gender and caste. Tantra appealed to the burgeoning middle class that was unwelcome in these religions precisely because of gender and caste. In this sense, Tantra was a personal spiritual pursuit that functioned as a sort of sociopolitical revolt. Unlike the established  religions of the day, Tantra provided the spiritual seeker with a direct relationship to a guru/teacher, powerful rituals, an absence (and sometimes a deliberate flaunting) of traditional religious and cultural rules, acceptance of people of most castes and genders, direct participation with—or embodiment of—the divine, and a belief that the sensual experiences of the body were an effective and legitimate path to enlightenment. In addition, Tantra held the fundamental belief that enlightenment was possible in one’s current lifetime, without the need for reincarnation.

Today, Tantra is most often thought of in the context of sex. Historically, the role of sex in Tantric practice appears only occasionally and quite briefly in original texts. There were many different Tantric sects, and only some practiced the days-long maithuna ritual featuring sexual intercourse, drugs, and forbidden foods. More important than ceremonial intercourse with highly initiated partners (dakinis, or “vessels of divine energy”) were the intensive ritual programs involving ecstatic meditations, chanting of mantras, complex yogic postures, mental visions (yantras), and eventually gaining the ability to practice divine intercourse with oneself.

Ritual sex—whether acted out or visualized in meditations—was a physical embodiment of the Tantric view of the creation of the world: Shiva (the god of pure consciousness) joining in sexual love with Shakti (the goddess of pure power and energy) gives birth to the world. I love this image—it is the most erotic beginning-of-the-world story I have ever heard. But its implications are far greater than that. Tantra views life itself as an ongoing process of creation, an ongoing marriage of consciousness and energy at every level of existence. The very essence of Tantra is contained in a few words—an excerpt from the Vishvasara Tantra:

What is Here is Elsewhere.
What is not Here is Nowhere.

This is one of those statements about which volumes have been written, but I think there’s sufficient power in its simplicity: what is spiritual is physical, and what is physical is spiritual. That being the case, if consciousness exists in my mind, it also exists in my body. If energy exists in my body, it also exists in my mind. Thus, at the heart of Tantra is the elimination of duality. In Tantra, we don’t divide mind and body, good and evil, matter and spirit, or male and female into opposing camps. In fact, Tantra is the only spiritual path I know of that has always acknowledged all genders as equally powerful, everywhere, all the time.

Western culture’s emphasis on Tantric sexual practices began in the nineteenth-century colonial period in India. Victorian-era Christian missionaries singled out sex as the most alarming aspect of the Tantras. This equation of Tantra with sex was further complicated by the Western discovery of the Kama Sutra, even though the Kama Sutra was never a Tantric text. The Victorians were fascinated by both sexual secrets and the mysticism of India, the combination of which made the emphasis on the erotic elements of Tantra inevitable and enduring. Since then, this Westernized interpretation of Tantra has been combined with other philosophies and practices (such as sex magic) to create the many modern schools of Tantra practiced around the world today. Tantra changes with the times and the cultures in which it’s practiced and is influenced by the intentions of both teachers and practitioners. Still, some root principles remain constant:

- Tantra is first and foremost a personal practice of liberation.
- Tantra views both the human body and earthly life as concrete manifestations of divine energy.
- The Tantric belief that to experience sexual excitement is a taste of divine energy is a profound and revolutionary thought, as relevant today as it was in the past.

When I use the word Tantra throughout this book, I am talking about my own modern school of Tantra that I call Urban Tantra. This school is founded on the basic Tantric practices and principles that recognize that (1) sexual energy can be a powerful path to spiritual progress, (2) sex can be sacred, and (3) all of life can be included and celebrated on the path to enlightenment.

Praise for the first edition of Urban Tantra:

"Urban Tantra is the most pleasurable, fun, meaningful, and liberating book on sex ever! Thank you, Barbara!" --Christiane Northrup

"This handy how-to promises mind-blowing, toe-curling, highly spiritual sex for humble beginners, BDSM aficionados and everyone in between. Sex educator Carrellas is on a mission to bring Tantra-the ancient practice of sacred sex, in which interpersonal connection and transformative ecstasy are the norm-to the modern world, to reclaim sex from "messed-up, sexually-dysfunctional, judgmental, and ignorant culture," and to shift the urban sex paradigm from recreational activity to a sumptuous, impassioned way of life. Not that one necessarily needs that kind of ambition: Carrellas offers ways to enhance any old sexual encounter (with techniques like breathing, stroking, prodding and piercing), techniques for solo play and countless uses for a trunk full of toys. Same sex, transgender, and multi-partner play is encouraged (if not highly recommended), and the text is peppered with illuminating, try-this-at-home anecdotes. Pictures and diagrams are whimsical but instructive, making Carrellas's cheerful descriptions of unusual concepts-"gigglegasms," "rainbow rubs" and "the mushy puss" among them-easy to grasp. A final chapter, on "Sex Magic," examines the power of Tantra to achieve a number of effects, from backpain relief to a happier office to world peace; however far you'd like to take your sex life, this friendly guide will likely show the way."--Publishers Weekly

Description du livre Ten Speed Press, 2017. Paperback. Etat : New. 2nd. Paperback. With more than one hundred easy-to-follow techniques for expanded orgasmic states and solo and partner play (as well as more adventurous practices), this in-depth guide reveals the delicio.Shipping may be from multiple locations in the US or from the UK, depending on stock availability. 312 pages. 0.480. N° de réf. du vendeur 9780399579684