Articles liés ŕ Under Milk Wood: A Play for Voices

Thomas, Dylan Under Milk Wood: A Play for Voices

Under Milk Wood: A Play for Voices 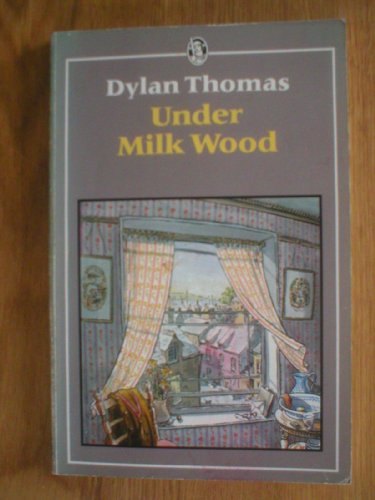 “Only your eyes are unclosed to see the black and folded town fast, and slow, asleep”

Completed only a month before Dylan Thomas died, Under Milk Wood is an inspired and irreverent account of life and love in a small coastal village in Wales one spring day. Full of raucous energy and lyrical passion, it is the most complete expression of Thomas' unique perspective on the human condition.

Called “a play for voices” by the author himself, Under Milk Wood premiered in 1953 with Thomas and five American actors reading the parts and was preserved, almost by chance, in this remarkable recording. Here is the author's greatest work rendered as he himself directed, in his own famous voice that captures the lively melodic essence of the work itself.

This is the only recording ever made with Thomas in the cast, and it owes its existence to the chance thought someone had just before curtain of setting up the little tape recorder that was at hand and laying a microphone on the floor at the center of the stage. Although a studio recording for Caedmon was planned, Thomas did not live to do it. That this recording was not erased or lost or thrown away remains some kind of miracle.

Commissioned by the BBC, and described by Dylan Thomas as 'a play for voices', UNDER MILK WOOD takes the form of an emotive and hilarious account of a spring day in the fictional Welsh seaside village of Llareggub.

We learn of the inhabitants' dreams and desires, their loves and regrets. The play introduces us to characters such as Captain Cat who dreams of his drowned former seafellows and Nogood Boyo who dreams of nothing at all. It is a unique and touching depiction of a village that has 'fallen head over bells in love'. The First Voice narration reveals the ordinary world of daily happenings and events, while the Second Voice conveys the intimate, innermost thoughts of the fascinating folk of Llareggub.

There have been myriad productions of UNDER MILK WOOD over the years and Richard Burton, Peter O'Toole, Elizabeth Taylor, Sir Anthony Hopkins and Tom Jones have all starred in radio, stage or film adaptations.

Dylan Thomas's classic radio play reprinted to celebrate the centenary of his birth. A true masterpiece that has never been out of print.

1. Under Milk Wood: A Play for Voices (Everyman's Classics)