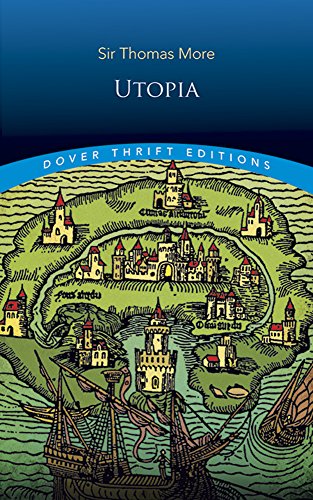 The infant was taken, within a week of its birth, to the precincts of the church; the child of wrath must be reformed into the image of God, 'the servant of the fiend' made into 'a son of joy'. At the church-door the priest asked the midwife if the child were male or female, and then made a sign of the cross on the infant's forehead, breast and right hand. He placed some salt in the baby's mouth according to custom; then the priest exorcised the devil from its body with a number of prayers, and pronounced baptism as the sole means 'to obtain eternal grace by spiritual regeneration'. The priest spat in his left hand and touched the ears and nose of the child with his saliva. Let the nose be open to the odour of sweetness. It was time to enter the church itself, the priest taking the right hand of the new-born child who had with the salt and saliva been granted the station of a catechumen.

The litanies of the saints were pronounced over the baptismal font; the priest then divided the water with his right hand and cast it in the four directions of the cross. He breathed three rimes upon it and then spilled wax in a cruciform pattern. He divided the holy water with a candle, before returning the taper to the cleric beside him. Oil and chrism were added, with a long rod or spoon, and the child could now be baptised. Thomas More, what seekest thou? The sponsors replied for the infant, Baptism. Dost thou wish to be baptised? I wish. The child was given to the priest, who immersed him three times in the water. He was then anointed with chrism and wrapped in a chrismal robe. Thomas More, receive a white robe, holy and unstained, which thou must bring before the tribunal of Our Lord Jesus Christ, that thou mayest have eternal life and live for ever and ever. The candle was lit and placed in the child's right hand, thus inaugurating a journey through this dark world which ended when, during the last rites, a candle was placed in the right hand of the dying man with the prayer, 'The Lord is my Light and my Salvation, whom shall I fear?' Whom shall this particular child fear, when it was believed by the Church that the whole truth and meaning of baptism was achieved in the act of martyrdom? 'Baptism and suffering for the sake of Christ', according to a second-century bishop, are the two acts which bring full 'remission of sins'.

It was considered best to baptise the child on the same day as its birth, if such haste were practicable, since an infant unbaptised would be consigned to limbo after its death. To leave this world in a state of original sin was to take a course to that eternal dwelling, Limbus puerorum, suspended between heaven, hell and purgatory. There the little unbaptised souls would dwell in happy ignorance beside the more formidable and haunting Limbus patrum, which contained the souls of Noah, Moses and Isaiah together with (in Dante's epic) Virgil, Aristotle, Socrates and all the good men who lived on earth before the birth, death and resurrection of Jesus. Adam had already been dragged from this place at the time of Christ's crucifixion, but there was continual debate within the Church about the consequences of denying new-born children the eternal comfort of paradise. Could a child be saved by the desire, the votum, of its parents? Thomas More himself would eventually concede only that 'those infantes be dampned onely to the payne of losse of heauen'.

In various late medieval pictures of baptism, in manuscripts and devotional manuals, the priest stands with his surplice and stole beside the font. Sometimes he seems to be balancing the infant in the palm of his hand, yet the child is so unnaturally large and alert for such an early stage in its life that we can only assume it acquired mental consciousness with its spiritual renovation. A clerk with a surplice stands behind the priest, while two sponsors and the child's father are generally seen beside the font. In some depictions of this first of the seven sacraments, an image of the dying Christ hangs behind the human scene. But the mother was rarely, if ever, present.

In the more pious households, she would have worn a girdle made out of manuscript prayer rolls in the last stages of her pregnancy, and it was customary in labour to invoke the name of St Margaret as well as the Blessed Virgin. She remained secluded after giving birth, and two or three weeks later was led out to be 'churched' or purified. When she was taken to the church, her head was covered by a handkerchief, as a veil, and she was advised not to look up at the sun or the sky. She knelt in the church while the priest blessed her and assured her, in the words of Psalm 121, that 'the sun shall not burn her by day, nor the moon by night. It was a ceremony both to celebrate the birth of the child and to give thanks for the survival of the mother. This is the late fifteenth-century world into which Thomas More was baptised.

Sir Thomas More 7 February 1478 – 6 July 1535), venerated by Roman Catholics as Saint Thomas More, was an English lawyer, social philosopher, author, statesman and noted Renaissance humanist. He was also a councillor to Henry VIII, and Lord High Chancellor of England from October 1529 to 16 May 1532. He also wrote Utopia, published in 1516, about the political system of an imaginary ideal island nation. More opposed the Protestant Reformation, in particular the theology of Martin Luther and William Tyndale. More also opposed the King's separation from the Catholic Church, refusing to acknowledge Henry as Supreme Head of the Church of England and the annulment of his marriage to Catherine of Aragon. After refusing to take the Oath of Supremacy, he was convicted of treason and beheaded. Of his execution, he was reported to have said: "I die the King's good servant, but God's first." Pope Pius XI canonised More in 1935 as a martyr. Pope John Paul II in 2000 declared him the "heavenly Patron of Statesmen and Politicians." Since 1980, the Church of England has remembered More liturgically as a Reformation martyr. The Soviet Union honoured him for the Communist attitude toward property rights expressed in Utopia.

Description du livre Paperback. Etat : New. New edition. Language: English. Brand new Book. First published in Latin in 1516, Utopia was the work of Sir Thomas More (1477-1535), the brilliant humanist, scholar, and churchman executed by Henry VIII for his refusal to accept the king as the supreme head of the Church of England. In this work, which gave its name to the whole genre of books and movements hypothesizing an ideal society, More envisioned a patriarchal island kingdom that practiced religious tolerance, in which everybody worked, no one has more than his fellows, all goods were community-owned, and violence, bloodshed, and vice nonexistent. Based to some extent on the writings of Plato and other earlier authors, Utopia nevertheless contained much that was original with More.In the nearly 500 years since the book's publication, there have been many attempts at establishing Utopias both in theory and in practice. All of them, however, seem to embody ideas already present in More's classic treatise: optimistic faith in human nature, emphasis on the environment and proper education, nostalgia for a lost innocence, and other positive elements.In this new, inexpensive edition, readers can study for themselves the essentials of More's utopian vision and how, although the ideal society he envisioned is still unrealized, at least some of his proposals have come to pass in today's world. N° de réf. du vendeur AAC9780486295831

Description du livre Paperback. Etat : new. Paperback. Sixteenth-century classic by brilliant humanist, churchman and scholar envisioned a patriarchal island kingdom that practiced religious tolerance, in which everybody worked, all goods were community-owned, and violence, bloodshed, and vice were nonexistent. Forerunner of many later attempts at establishing &quot;Utopias&quot; both in theory and in practice. First published in 1516, during a period of astonishing political and technological change, Sir Thomas More&#039;s utopia depicts an imaginary society free of private property, sexual discrimination and religious intolerance. Shipping may be from multiple locations in the US or from the UK, depending on stock availability. N° de réf. du vendeur 9780486295831