Articles liés ŕ Dark Side of the Screen: Film Noir

Hirsch, Foster Dark Side of the Screen: Film Noir

Dark Side of the Screen: Film Noir 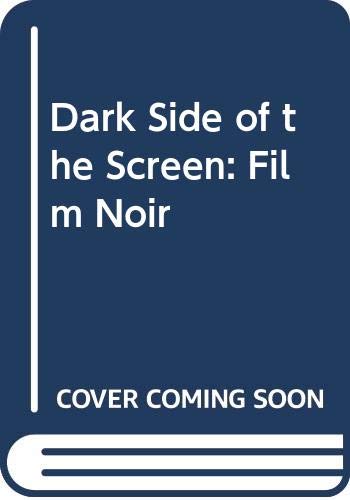 This book has hardback covers. Ex-library, With usual stamps and markings, In fair condition, suitable as a study copy. No dust jacket.

Since The Dark Side of the Screen first appeared over two decades ago, it has served as the essential take on what has become one of today’s most pervasive screen influences and enduringly popular genres. Covering over one hundred outstanding films and offering more than two hundred carefully chosen stills, it is by far the most thorough and entertaining study available of noir themes, visual motifs, character types, actors, and directors. This landmark work covers noir in full, from the iconic performances of Burt Lancaster, Joan Crawford, and Humphrey Bogart to the camera angles, lighting effects, and story lines that characterize the work of directors Fritz Lang, Billy Wilder, and Orson Welles.

With a new afterword about the lasting legacy of noir as well as recently rediscovered films deserving of their own screenings alongside the classics, The Dark Side of the Screen reestablishes itself as both an unsurpassed resource and a captivating must-read for any fan of noir.

Martin Jackson, Cineaste
“Wonderfully readable: Hirsch is clear, knowledgeable, and concise....[The Dark Side of the Screen] is a visual as well as literary pleasure.”

Philip French, The Observer (London)
“There has been no extended work as good as Foster Hirsch’s The Dark Side of the Screen, a well-written, imaginatively illustrated book that sees the brief, true heyday as between Wilder’s Double Indemnity (1944) and his Sunset Boulevard (1950), but looks at the prelude and the aftermath, and sets the genre in its larger social and cultural context.”

Skyscraper, Spring 2009
“An important examination of what film noir is...The 264-page treatise is not a review source; rather, Hirsch’s academic work delves deeply with a scholarly but not dry approach.”

1. The dark side of the screen: Film noir

2. The dark side of the screen: Film noir