Dietrich, Marlene: Photographs and Me 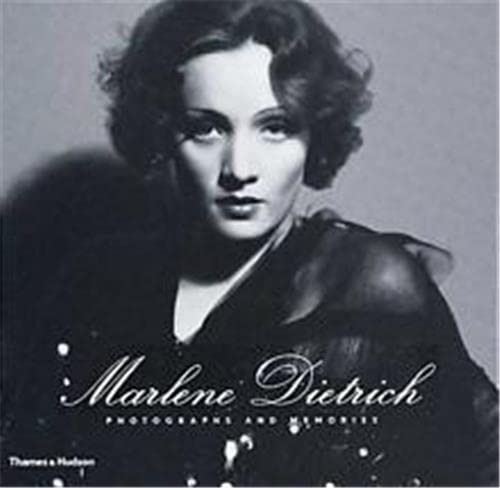 Marlene Dietrich never threw away anything.

She kept her good-luck black rag doll (it appeared with her in The Blue Angel and followed her to dressing tables on every movie set). She kept the letters (every last one) she received from her lovers and her husband of fifty-three years. She kept every article of clothing made for her by the great French couturiers and the legendary Hollywood costume designers. She kept everything.

And she believed in storage. Six storage companies, from New York to California, London, and Paris, held pieces of Miss Dietrich’s life, locked away for decades like the pieces of the life of Charles Foster Kane. Over the years, hundreds of thousands of dollars were paid in rental fees. After Dietrich’s death, the articles were gathered together—twenty-five thousand objects and eighteen thousand images. Some were auctioned at Sotheby’s in Los Angeles. The major pieces of Dietrich’s vast collection were assembled in an archive and given to the FilmMuseum Berlin.

Now, her treasures are brought together in 289 photographs from her own collection, with extended captions by her daughter, Maria Riva.

We see Dietrich as a child, in velvet dress and golden ringlets...Dietrich as a young actress in Berlin...as the newly married Mrs. Rudolf Sieber, standing proudly with her husband. We see love letters and letters marking the ends of affairs. We see Dietrich in Hollywood...with Chaplin...with Fritz Lang...at the Paramount commissary...Dietrich captured in snapshots by her movie-creator, Josef von Sternberg...Dietrich as a mother.

We see her at war...in never-before-published photographs of a USO tour...in uniform (tailor-made for her, of course) disembarking from a transport plane...Dietrich with the 82nd Airborne...Dietrich rolling into Germany in
a U.S. tank.