Articles liés à The Age of Bruegel: Netherlandish Drawings in the Sixteenth...

The Age of Bruegel: Netherlandish Drawings in the Sixteenth Century 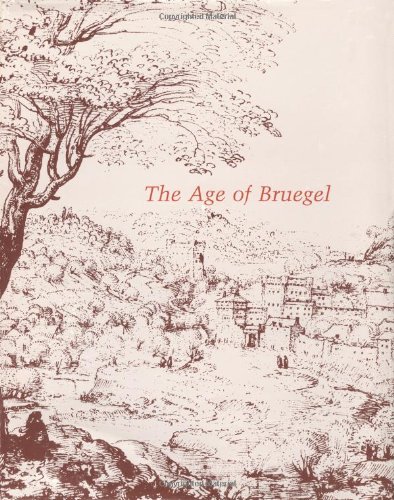 The complexity and variety of sixteenth-century Netherlandish art endow it with a particular dynamism. It was in the sixteenth century that drawing attained an independent status as an art in itself, distinct from painting; landscape increasingly became a separate genre; and artists consciously referred to the great masters of the past, showing the tremendous influence of Italian art in their own works. This volume documents the unique qualities of the art of drawing during the age of Bruegel. Designed to accompany an exhibition at the National Gallery of Art and The Pierpont Morgan Library, the book is also an invaluable scholarly record. In addition to 123 catalogue entries and more than 350 reproductions of rarely-seen drawings, three in-depth essays contain discussions of the art of the period. Its development is traced from a late medieval style at the end of the fifteenth century to the influence of the Italian Renaissance and mannerism in the 1500s, and ultimately to the beginning of the baroque period in the early 1600s. The detailed entries encompass works by sixty-two artists, including Hieronymus Bosch, Jan Gossaert, Lucas van Leyden, Pieter Bruegel the Elder, Jan Brueghel the Elder, Karel van Mander, and others. The book will interest specialists and also general readers attracted by the warmth of Netherlandish art.

'With this special ability to give pictorial shape to the flesh and blood, foibles and strengths of human existence, Pieter Bruegel remains an example of what art can be.' The New York Times

1. The Age Of Bruegel: Netherlandish Drawings In The Sixteenth Century

2. The Age of Bruegel: Netherlandish Drawings in the Sixteenth Century