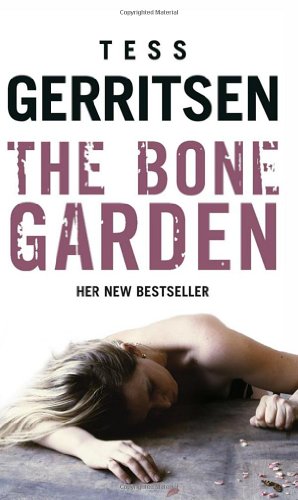 So this is how a marriage ends, thought Julia Hamill as she rammed the shovel into the soil. Not with sweet whispers goodbye, not with the loving clasp of arthritic hands forty years from now, not with children and grandchildren grieving around her hospital bed. She lifted a scoop of earth and flung it aside, sending rocks clattering onto the growing mound. It was all clay and stones, good for growing nothing except blackberry canes. Barren soil, like her marriage, from which nothing long lasting, nothing worth holding on to, had sprouted.

She stamped down on the shovel and heard a clang, felt the concussion slam up her spine as the blade hit a rock—a big one. She repositioned the blade, but even when she attacked the rock at different angles, she could not pry it loose. Demoralized and sweating in the heat, she stared down at the hole. All morning she had been digging like a woman possessed, and beneath her leather gloves blisters were peeled open. Julia’s digging had stirred up a cloud of mosquitoes that whined around her face and infiltrated her hair.

There was no way around it: If she wanted to plant a garden in this spot, if she wanted to transform this weed-choked yard, she had to keep at it. This rock was in her way.

Suddenly the task seemed hopeless, beyond her puny efforts. She dropped the shovel and slumped to the ground, rump landing on the stony pile of dirt. Why had she ever thought she could restore this garden, salvage this house? She looked across the tangle of weeds and stared at the sagging porch, the weathered clapboards. Julia’s Folly— that’s what she should name the place. Bought when she hadn’t been thinking straight, when her life was collapsing. Why not add more flotsam to the wreckage? This was to be a consolation prize for surviving her divorce. At thirty-eight years old, Julia would finally have a house in her own name, a house with a past, a soul. When she had first walked through the rooms with the real estate agent, and had gazed at the hand-hewn beams, spied the bit of antique wallpaper peeking through a tear in the many layers that had since covered it, she’d known this house was special. And it had called to her, asking for her help.

“The location’s unbeatable,” the agent had said. “It comes with nearly an acre of land, something you seldom find anymore this close to Boston.”

“Then why is it still for sale?” Julia had asked.

“You can see what bad shape it’s in. When we first got the listing, there were boxes and boxes of books and old papers, stacked to the ceiling. It took a month for the heirs to haul it all away. Obviously, it needs bottom-up renovations, right down to the foundation.”

“Well, I like the fact that it has an interesting past. It wouldn’t put me off buying it.”

The agent hesitated. “There’s another issue I should tell you about. Full disclosure.”

“The previous owner was a woman in her nineties, and—well, she died here. That makes some buyers a bit squeamish.”

“In her nineties? Of natural causes, then?”

Julia had frowned. “They don’t know?”

“It was summertime. And it took almost three weeks before one of her relatives discovered . . .” The agent’s voice trailed off. Suddenly she brightened. “But hey, the land alone is special. You could tear down this whole place. Get rid of it and start fresh!”

The way the world gets rid of old wives like me, Julia had thought. This splendid, dilapidated house and I both deserve better.

That same afternoon, Julia had signed the purchase agreement.

Now, as she slumped on the mound of dirt, slapping at mosquitoes, she thought: What did I get myself into? If Richard ever saw this wreck, it would only confirm what he already thought of her. Gullible Julia, putty in a Realtor’s hands. Proud owner of a junk heap.

She swiped a hand over her eyes, smearing sweat across her cheek. Then she looked down at the hole again. How could she possibly expect to get her life in order when she couldn’t even summon the strength to move one stupid rock?

She picked up a trowel and, leaning into the hole, began to scrape away dirt. More of the rock emerged, like an iceberg’s tip whose hidden bulk she could only guess at. Maybe big enough to sink the Titanic. She kept digging, deeper and deeper, heedless of the mosquitoes and the sun glaring on her bare head. Suddenly the rock symbolized every obstacle, every challenge that she’d ever wobbled away from.

I will not let you defeat me.

With the trowel, she hacked at the soil beneath the rock, trying to free up enough space to pry the shovel underneath it. Her hair slid into her face, strands clinging to sweaty skin as she reached deeper into the hole, scraping, tunneling. Before Richard saw this place, she’d turn it into a paradise. She had two months before she’d have to face another classroom of third graders. Two months to uproot these weeds, nourish the soil, put in roses. Richard had told her that if she ever planted roses in their Brookline yard, they’d die on her. You need to know what you’re doing, he’d said—just a casual remark, but it had stung nevertheless. She knew what he’d really meant.

You need to know what you’re doing. And you don’t.

She dropped onto her belly and hacked away. Her trowel collided with something solid. Oh, God, not another rock. Shoving back her hair, she stared down at what her tool had just hit. Its metal tip had fractured a surface, and cracks radiated from the impact point. She brushed away dirt and pebbles, exposing an unnaturally smooth dome. Lying belly-down on the ground, she felt her heart thudding against the earth and suddenly found it hard to take a breath. But she kept digging, with both hands now, gloved fingers scraping through stubborn clay. More of the dome emerged, curves knitted together by a jagged seam. Deeper and deeper she clawed, her pulse accelerating as she uncovered a small dirt-filled hollow. She pulled off her glove and prodded the caked earth with a bare finger. Suddenly the dirt fractured and crumbled away.

Julia jerked back onto her knees and stared down at what she had just revealed. The mosquitoes’ whine built to a shriek, but she did not wave them away and was too numb to feel their stings. A breeze feathered the grass, stirring the sweet-syrup smell of Queen Anne’s lace. Julia’s gaze lifted to her weed-ridden property, a place she had hoped to transform into a paradise. She’d imagined a vibrant garden of roses and peonies, an arbor twined with purple clematis. Now when she looked at this yard, she no longer saw a garden.

She saw a graveyard.

“You could have asked for my advice before you bought this shack,” said her sister, Vicky, sitting at Julia’s kitchen table.

Julia stood at the window, staring out at the multiple mounds of dirt that had sprung up like baby volcanoes in her back garden. For the past three days, a crew from the medical examiner’s office had practically camped out in her yard. She was now so accustomed to having them tramp in and out of her house to use the toilet that she’d miss having them around when the excavation was done, and they finally left her alone again, here in this house with its hand-hewn beams and its history. And its ghosts.

Outside, the medical examiner, Dr. Isles, had just arrived and was crossing toward the excavation site. Julia thought her an unsettling sort of woman, neither friendly nor unfriendly, with ghostly pale skin and Goth-black hair. She looks so calm and collected, Julia thought, watching Isles through the window.

“It’s not like you to just jump into something,” said Vicky. “An offer on the first day you saw it? Did you think anyone else would snatch it up?” She pointed to the crooked cellar door. “That doesn’t even shut. Did you check the foundation? This place has got to be a hundred years old.”

“It’s a hundred and thirty,” Julia murmured, her gaze still on the backyard, where Dr. Isles stood at the edge of the excavation hole.

“Oh, honey,” Vicky said, her voice softening. “I know it’s been a tough year for you. I know what you’re going through. I just wish you’d called me before you did something this drastic.”

“It’s not such a bad property,” Julia insisted. “It’s got an acre of land. It’s close to the city.”

“And it’s got a dead body in the backyard. That’ll really help its resale value.”

Julia massaged her neck, which was suddenly knotted with tension. Vicky was right. Vicky was always right. Julia thought: I’ve poured my bank account into this house, and now I’m the proud owner of a cursed property. Through the window, she saw another newcomer arrive on the scene. It was an older woman with short gray hair, dressed in blue jeans and heavy work boots—not the sort of outfit one expected for such a grandmotherly type. Yet one more queer character wandering through her yard today. Who were these people, converging on the dead? Why did they choose such a profession, confronting every day what most people shuddered to even contemplate?

“Did you talk to Richard before you bought it?”

“Have you heard from him at all lately?” Vicky asked. The change in her voice—suddenly quiet, almost hesitant—made Julia at last turn to look at her sister.

“Why are you asking?” said Julia.

A gruesome secret is about to be unearthed...

When a human skull is dug up in a garden near Boston, Dr Maura Isles is called in to investigate. She quickly discovers that the skeleton - that of a young woman - has been buried for over a hundred years.

But who was the young woman? And how did she die?

It is the 1830s, and an impoverished medical student, Norris Marshall, is forced to procure corpses in order to further his studies in human anatomy.

It's a gruesome livelihood that will bring him into contact with a terrifying serial killer who slips from ballrooms to graveyards and into autopsy suites.

And who is far, far closer than Norris could ever imagine...