Articles liés ŕ Use Your Head

Buzan, Tony Use Your Head 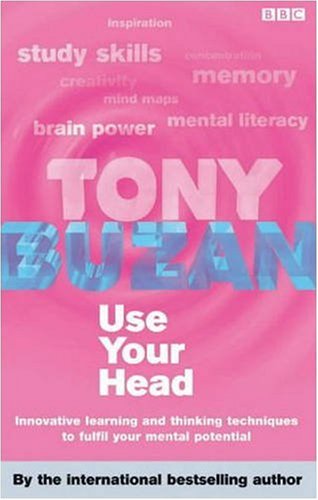 Are you worried that you’re not achieving your full potential?

A few years after this classic book on how to improve your brainpower was first published, a fairly average student announced that he intended to try for a place at Cambridge University. His chances were assessed as ‘slim’, since his grades were usually unexceptional. But with the help of Use Your Head, he went on to achieve four As at A-level, two starred firsts at Cambridge and a top job with a multi-national company.

Since 1974, Use Your Head has been translated into over 27 languages, has been published in five continents and 100 countries, has sold well over a million copies and still the demand increases!

Use Your Head will:

Tony Buzan is the world’s leading authority on the brain and learning. His ground-breaking note-taking technique, Mind Maps, offers a route to improved study and better understanding. His million-copy selling books on the subject have achieved massive success in more than 100 countries and have been translated into 30 languages. He has lectures worldwide and acts as advisor to numerous multi-national companies, governments, leading businesses and international Olympic athletes. He is also President of the Brain Foundation, founder of the Brian Trust Charity, the World Memory Championships and the World Championships of the Brain.

3. Use Your Head Buzan, Tony