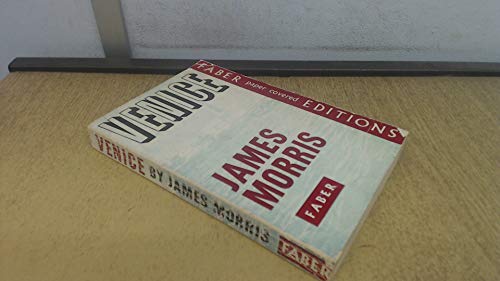 Here, revised and introduced by the author, is Jan Morris's portrait of La Serenissima, published 50 years ago and still without equal. She cherishes every cranny: the city's 3,000 alleyways, its jails, its waterways and its buildings decaying like 'dukes in threadbare ermine'. She presents its past, its art and its language, which Byron called 'sweet bastard Latin'. A suitably respectful narration with an Italian flourish. --Rachel Redford, The Observer

If you are going to Venice this summer, and even if you are not, Jan Morris's Venice makes excellent listening. Newly revised, it is introduced by the 84-year-old Morris herself, then the dulcet voice of Sebastian Comberti takes over narration. It opens historically but takes in architecture, culture, practicalities (the boats of the fire, police and ambulance services, the rubbish collectors who are slowly creating a whole new island) and the mysteries of death. Morris fell in love with Venice when there during the Second World War, and her accumulation of memories is heartfelt, personal, quirky and enlightening. Perfect for a leisurely approach by Eurostar and night train to Venice, but just as good for whiling away the dull hours commuting to work. --Christina Hardyment, The Times

'I was in my 20s when I wrote this,' says Morris in the introduction to her best known travel book, 'and I like to think that its faults are the heady faults of youth.' What faults? Fifty years on, it is still the best all-round guide to a city that, despite the ever-present hordes of tourists, remains the most magical destination on earth. Listening to this equally magical audio made me long to go back and check out all those less touristy bits that so enthralled young Morris the alley too narrow for Browning to open his umbrella, the crypt allegedly containing Mary Magdalen's finger, the fish market 'laden with sleek wriggling eels, still pugnaciously alive, beautiful little red fish packed in boxes like shampoos, heads upwards . . . soft bulbous octopus furiously injecting ink . . . a multitude of sea matter . . . sliding, sinuous, shimmering, flabby, spongy, crisp, all lying aghast upon their fresh green biers dead, doomed or panting like a grove of brilliant foliage among the tundra of Venetian stone.' Yes, the descriptions do go on a bit, but that s part of the charm. It was written, says Morris, 'in a rush of enthusiasm like the splurge of a love affair'. The enthusiasm is infectious. Venetian history, culture, religion, food she relishes them all, from the glory years between the 12th and 15th centuries when La Serenissima controlled the trade routes between east and west, to the nuns at one of the more fashionable convents claiming their right to supply a mistress for the new papal nuncio, to the notice on the Grand Canal: 'It is forbidden to spit on the swimmers.' Don't go to Venice without it. --Sue Arnold, The Guardian

Jan Morris was born in 1926 of a Welsh father and an English mother, and when she is not travelling she lives with her partner Elizabeth Morris in the top left-hand corner of Wales, between the mountains and the sea. Her books include Coronation Everest, Venice, The Pax Britannica Trilogy (Heaven's Command, Pax Britannica, and Farewell the Trumpets), and Conundrum. She is also the author of six books about cities and countries, two autobiographical books, several volumes of collected travel essays and the unclassifiable Trieste and the Meaning of Nowhere. A Writer's World, a collection of her travel writing and reportage from over five decades, was published in 2003. Hav, her novel, was published in a new and expanded form in 2006.