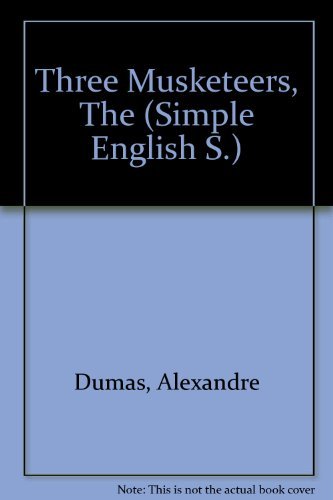 From Alexandre Dumas, a precise and candid description of his particular view of history:
I start by devising a story. I try to make it romantic, moving, dramatic, and when scope has been found for the emotions and the imagination, I search through the annals of the past to find a frame in which to set it; and it has never happened that history has failed to provide this frame, so exactly adjusted to the subject that it seemed it was not a case of the frame being made for the picture, but that the picture had been made to fit the frame.

This is the point of view of the historical novelist, who approaches the past as theater–the unending melodrama of saints and sinners, and who knows that history, eternally surprising, inspiring, disheartening, sometimes described as “one damn thing after another,” will never fail him. It is all there. And it is all there to be used.
Dumas was in his early forties when he wrote The Three Musketeers, an age when novelists are believed to be entering their best creative years. He is traditionally described as “a man of vast republican sympathies,” which, in contemporary terms, made him a believer in democracy, equality, and the rights of man. He had fought in the streets of Paris during the July revolution of 1830; would man the barricades in 1848; would aid Garibaldi, with guns and journalism, in the struggle for Italian independence in 1860.

Such politics came to him by inclination, and by birth. His father, Thomas-Alexandre Davy de La Pailleterie, had taken the name of his African slave mother, Marie Dumas, and spent the early years of his life on the island of Santo Domingo. When the French Revolution made it possible for men without wealth or social connections to rise to power, the soldier Alexandre Dumas became General Alexandre Dumas, commanding the Army of the Alps in 1794, serving under Napoleon Bonaparte in Italy, and later in Egypt. But his relationship with Bonaparte deteriorated; his health was destroyed by two years in an Italian prison; and he died, a broken man, in 1806. His son, in time the novelist Dumas, was then four years old, but he would be told of his father’s life, and he knew what it meant.

By 1844, France was ruled by Louis-Philippe, duc d’Orleans, a constitutional monarch known as “the bourgeois king,” who presided over the golden age of the French bourgeoisie, a propertied class animated by the slogan “Enrichissez-vous!” (Enrich yourselves!) This was a period of transition, when corrupt capitalism was opposed by passionate idealism–the age of monarchy was dying, the age of democracy was just being born. The best insight into the period is to be found in the novels of Honoré de Balzac–Dumas’s fierce literary rival. Balzac was virtually the same age as Dumas, and, like Dumas, rose from social obscurity and penury by producing a huge volume of work at an extraordinary pace. But Balzac wrote about contemporary life–the vanity, corruption and sexual politics of Paris in the 1840s–and was, throughout his fiction, essentially a novelist of vice. Dumas, on the other hand, was a novelist of virtue, though he had to go back two hundred years to find it.

Setting The Three Musketeers in the year 1625–at that distance, a contemporary American novelist might use the revolution of 1776–Dumas was summoning up a remote and heroic era. Yes, it was all different back then. Better. Still, it may be worth remembering that Dumas’s musketeers are proud, courageous men, men without inherited money or the support of prominent family, who must fight their way through a world of political intrigue dominated by predatory, immoral people who scheme and connive, who will do virtually anything, to keep their wealth and position. So, if it is about anything, The Three Musketeers is about betrayal, fidelity, and, like almost all genre fiction, it is about honor. Honor lost, honor gained, honor maintained at the cost of life itself. By 1894, the sale of Dumas’s works totaled three million books and eight million serials.

The Three Musketeers, the first book of the d’Artagnan trilogy, with Twenty Years After and The Vicomte de Bragelonne to follow, appeared in installments in the journal Le Siècle from March to July in 1844. It was written with help of a collaborator, Auguste Maquet, who also participated in the writing of The Count of Monte Cristo. Maquet would later claim significant authorship, and haul Dumas into court.

Dumas was accused, as well, of plagiarism, having used The Memoirs of Monsieur d’Artagnan, by one Courtilz de Sandras, published in Cologne in 1701, as source material. There he found not only d’Artagnan but Athos, Porthos, and Aramis; Tréville and his musketeers; Milady and her maid; and the Cardinalist Guards. From the annals of French history, he took the machinations, real or reputed, involving Louis XIII, Anne of Austria, Cardinal Richelieu, and the duke of Buckingham. Then he threw out whatever reality he found inconvenient and wrote what he liked.

In the real world of Europe in 1625, the continent was being torn apart by the Thirty Years War–a rather pallid name that obscures the cruel and brutal nature of its reality. Fighting on behalf of royal houses in conflict over religious issues and rights of succession, mercenary armies were paid by the right of pillage and ravaged the countryside, a strategy described as “war supports the war.” In France, French Catholics suppressed a French Protestant minority, the Huguenots, who were supported by English Protestant money and arms. Serving as virtual regent for a weak king Louis XIII, Cardinal Richelieu was perhaps the greatest political figure of his time. Famously eloquent, determined and brilliant, Richelieu was a deeply ambitious man, but a devoted and faithful servant of king and country.

A popular novelist, however, must produce an archvillain, and Dumas gave the job to Richelieu. As the servant of Dumas’s fictional requirements, Richelieu is merely political on the surface, as he undertakes a series of intrigues in a struggle for power with the king or with his English Protestant enemy, Buckingham. In The Three Musketeers, Richelieu is discovered to have deeper motives, a lust for revenge inspired by a romantic slight–a spurned advance–and, in general, by sexual jealousy. The cardinal, according to Dumas, was in love with the queen, Anne of Austria. The reader of 1844, hurrying off to buy this week’s chapter in Le Siècle, likely suspected as much.

Serialized fiction read as a novel can, at times, be a slightly bumpy ride. The twists and turns of the story are intended not only to keep the reader reading, but to keep the reader buying. Thus the plot tends toward precipitous dives and breathtaking ascents, as peril and escape follow each other at narrow intervals, characters disappear and are brought back to life, and what seemed like the central crisis of the narrative is suddenly resolved, to be replaced by a second crisis.

The perfidious Cardinal Richelieu is a good example of this principle at work. He’s a useful éminence grise at the beginning of the novel, as Cardinalist guards fight the king’s faithful musketeers. But, when it’s time for the story to end, he’s too historical a figure to be vanquished with all the force that the conclusion of a romantic adventure demands. Thus the role of villain is shifted to Milady; the story can then take its chilling and violent turn; and justice, when it is at last achieved, can be, to say the least, severe.

Since writers of serials wrote for a weekly deadline, there was no such thing as regret or revision, and the reader may see rather more of the novel’s scaffolding than the author would like. Dumas, characteristically, solved this problem with talent, and produced the best writing in The Three Musketeers in the latter third of the novel, for example the combination of battle and picnic at the Bastion Saint Gervais, during the attack on the Protestant stronghold at La Rochelle. This is easily one of the most insouciant scenes in all of literature, as the musketeers, intent on winning a tavern bet, occupy the bastion; sip wine; discuss matters of love and strategy; push a wall over on a raiding party; use the dead as mock defenders; and, finally, after four-hundred pages of action and intrigue, actually fire muskets!

This is but one pleasure among many. There is, throughout The Three Musketeers, a vast and magnanimous intelligence at work. The critic Jules Michelet described Alexandre Dumas as “an inextinguishable volcano,” and “one of the forces of nature.” He was certainly that. Born to write, and born to write about mythic times and mythic deeds, Dumas loved his characters and the elaborate story he fashioned for them. This is a telling trait in a novelist, the reader instinctively feels it, so gives himself to the story, lives in the time and place of its setting, and escapes, as surely as d’Artagnan ever escaped, from the drone of daily existence. That’s the job of romantic fiction and it’s done in The Three Musketeers on virtually every page. “All for one, and one for all!” And all for us.

The Three Musketeers (Les Trois Mousquetaires) is a novel by Alexandre Dumas, père. It recounts the adventures of a young man named d'Artagnan after he leaves home to become a musketeer. D'Artagnan is not one of the musketeers of the title; those are his friends Athos, Porthos, and Aramis—inseparable friends who live by the motto, "One for all, and all for one". The story of d'Artagnan is continued in Twenty Years After and The Vicomte de Bragelonne. Those three novels by Dumas are together known as the D'Artagnan Romances. The Three Musketeers was first published in serial form in the magazine Le Siècle between March and July 1844. The d'Artagnan Romances are a set of three novels by Alexandre Dumas telling the story of the musketeer d'Artagnan from his humble beginnings in Gascony to his death as a marshal of France in the siege of Maastricht in 1673. Dumas based the life and character of d'Artagnan on the 17th century captain of musketeers Charles de Batz-Castelmore, Comte d'Artagnan, and Dumas' portrayal was indebted to the semi-fictionalized memoirs of d'Artagnan written 27 years after the hero's death by Gatien de Courtilz de Sandras (published in 1700).