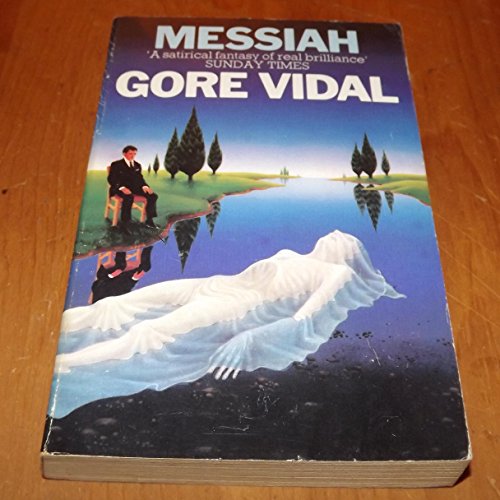 This book has soft covers.Ex-library,With usual stamps and markings,In fair condition, suitable as a study copy.

Gore Vidal (1925–2012) was born Eugene Luther Vidal, later adopting the surname of his grandfather, Senator Thomas Gore, as his first name. Well known as a novelist, an essayist, a playwright, and a social and political commentator, he was the author of numerous novels—the first, Williwaw, written when he was twenty-one—as well as scripts for film, television and the stage, including the extremely successful The Best Man and Visit to a Small Planet. His other novels include Myra Breckenridge (1968), as well as thehistorical novels in the series Narratives of Empire, which includes Burr (1973), 1876 (1976), Lincoln (1984), Empire (1987), Hollywood (1990), and The Golden Age (2000). He won the National Book Award in 1993 for his book of essays, United States: Essays (1952–1992).

When a mortician appears on television to declare that death is infinitely preferable to life, he sparks a religious movement that quickly leaves Christianity and most of Islam in the dust. Gore Vidal's deft and daring blend of satire and prophecy, first published in 1954, eerily anticipates the excesses of Jim Jones, David Koresh, and the Heaven's Gate suicide cult.

Description du livre Paperback. Etat : Very Good. The book has been read, but is in excellent condition. Pages are intact and not marred by notes or highlighting. The spine remains undamaged. N° de réf. du vendeur GOR005165682

Description du livre Grafton, 1973. Paperback. Etat : Used; Good. **Simply Brit** Shipped with Premium postal service within 24 hours from the UK with impressive delivery time. We have dispatched from our book depository; items of good condition to over ten million satisfied customers worldwide. We are committed to providing you with reliable and efficient service at all times. N° de réf. du vendeur mon0000380122

Description du livre Grafton, 1973. Paperback. Etat : Used; Good. Yellow Pages due to Age **SHIPPED FROM UK** We believe you will be completely satisfied with our quick and reliable service. All orders are dispatched as swiftly as possible! Buy with confidence! Aloysius Ihezie. N° de réf. du vendeur 3562104