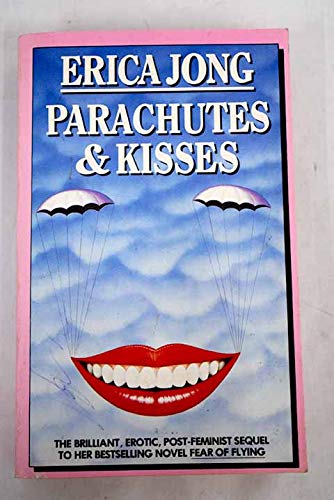 Erica Jong is the author of nineteen books of poetry, fiction, and memoir, including Fear of Flying, which has more than 18 million copies in print worldwide. Her most recent essays have appeared in The New York Times Book Review, and she is a frequent guest on television talk shows. Currently working on a novel featuring Isadora Wing—the heroine of Fear of Flying—as a woman of a certain age, Erica and her lawyer husband live in New York City and Connecticut. Her daughter, Molly Jong-Fast, is also an author.

Erica Jong left a Ph.D. program at Columbia to write her ground-breaking novel Fear of Flying, published in 1973. Jong is the author of numerous award-winning books of poetry and novels including Fanny, How to Save Your Own Life, Parachutes and Kisses, Any Woman’s Blues, and the forthcoming Sappho’s Leap. She is also the author of the memoir Fear of Fifty. She lives in New York City and Connecticut.

Married (again) and divorced (again), Isadora Wing is a single parent with an adorable daughter, an irritating ex-husband, and a startling assortment of suitors: an unorthodox rabbi, a poetic disc jockey, the son of a famous sex therapist, and WASPily handsomest of all: Berkeley Sproul III. Isadora and Berkeley meet at a health club, and he's fourteen years her junior. Of course their affair is tortuous and sexy, but is it love? Or does the stud just want a free trip to Venice, compliments of a famous author? Either way, Erica Jong wrote this romance with "a mixture of eloquence and savage wit as good as anything she has ever written," said The Wall Street Journal.