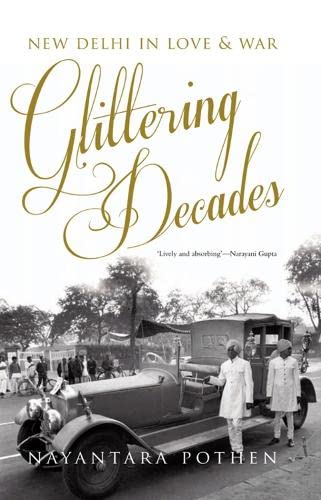 The Delhi of the nineteenth century and the early decades of the twentieth century was a stronghold of the British Raj, with strict hierarchies. Social and racial exclusivity were strictly maintained, and the biggest social event in Delhi was the Horse Show in February, which culminated in the grand Viceroy's Ball. By the time the city of New Delhi was launched, times were changing. The high society was turning more to tennis, golf, and midnight dances. Racial and social barriers were slowly breaking down. Clubs, which used to be whites-only, were now welcoming Indian members. Glittering Decades - New Delhi in Love and War examines all these changes. It focuses on the influence these rituals and interactions had on the city, shaping its social culture and its future.

Nayantara Pothen was born to a Malayali father and a Punjabi mother. She has a doctorate in History from the University of Sydney. She has previously contributed to a collection of writings on Delhi, City Improbable: Writings on Delhi, edited by Khushwant Singh. Glittering Decades - New Delhi in Love and War is her first book.