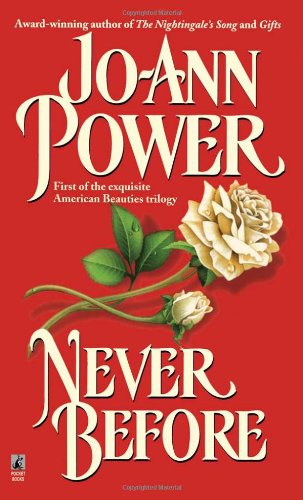 "The world is his who has money to go over it."

He had lost her! He beat his hat against his thigh as he emerged from the clubhouse stands. Lost her! For the sake of money! Broad chest. Strong legs. A lustrous mane and gorgeous tail. To have mated her would have brought him the greatest delight he'd had in a decade. And for want of fifty more miserable pounds, she now belonged to another.

Ah, hell. Why was he surprised?

In the last ten years, he had lost his savings. His hope. But not his friends or his determination to lead a respectable existence. He couldn't lose those, too.

He plowed a hand through his hair and plunked his derby back on his head. Such silliness to expect intelligent people to wear stuffy day clothes to horse trials and sales.

In a fit, he yanked the damn hat from his head and sent it sailing across the yard. Missing milling members of the crowd inspecting the next set of horses for sale, the black felt spun toward the nearest trash barrel and dropped in.

His expression died as he spied the new owner of the horse. She emerged from the other side of the clubhouse, fishing in her reticule, no idea she stood beside him. He bent close, the fragrance of magnolias sweetening the acid of his disappointment.

"Congratulations." His words held more sarcasm than cheer, and she startled. "I hope you enjoy her."

"Thank you." She took a better look at him, while her hand paused inside her purse. Wary, she registered that he had been her opponent in the bidding. "You gave me a hard run for my money. She's beautiful."

She walked off, taking his breath away with her.

"An understatement," he muttered.

She marched over to the bursar and pulled open her reticule. From its abyss, she brought forth two eyepopping items. The first was a pistol that looked like an American derringer. Its partner was a roll of bills so large he would have trouble putting his fist around it.

But she was more arresting. He had suspected she was a woman of consequence when he'd seen her across the show ring. During the ten-minute auction, she had become increasingly animated as their contest over the Irish draught horse dwindled to a battle between the two of them. She'd cast him an evil eye when he'd upped her bids -- and doubled his raise. He admired her pluck. Women of class allowed men to do their bidding. Not this one.

He noticed, too, that she was unescorted. Oddly alone. A bright sprig of green amid a somber plain of men, she was attired sensibly for the sale in a riding habit, as if she intended to mount her purchase immediately and ride off into the sunset. Most ladies came to the Dublin Spring Horse Trials and Sale dressed to impress, unless, of course, they were unmarried, and then they came dressed to lure.

He wished this one had not dressed at all. He scanned her lithe body, mentally snipping every stitch she wore. She had without a doubt the noblest conformation he had seen on any track or off. Nor did she walk, but floated.

Her height and leanness gave her presence. Her curves granted elegance. Her legs would match his in length, but he was certain that when he lifted her an inch and pressed her close, she would fit him, tight and moist.

He shifted, his appetite surging at the sight of her firm breasts. Delicacies to fill his hands and mouth...

He dragged his eyes to her rosewood hair. The same color as the bright bay she'd bought, her unfashionable fat braid was topped with a pert -- but slipping -- straw hat. His fingers rubbed together, itching to unwind her hair and wrap it around his wrist. His waist.

His mouth watered. He told himself to walk away, but cool reason was not talking down a hot erection. He muttered rueful words, unable to stop his eyes from nibbling away, feeding a hunger for what was forbidden to him. And she most certainly is beyond your means, old man. Because from her purse and her clothes to her independence, she was a woman with money. Buckets of it.

No match for a man of modest means.

His eyes snagged on a movement to his left. From a tight group of people, a short, thin man pushed through to halt at the sight of the same woman Rhys admired. The fellow checked his timepiece and snapped it shut.

Suddenly, the lady clapped at a remark of the bursar. "Oh, wonderful!" she said, and her hat fell over her eyes. She silently swore and ripped the thing off. Her braid unraveled. A few pins scattered. She shook her hair free of more, and Rhys could imagine combing through strands of dark red silk. But she turned, and, amid all those people, she gazed into his eyes.

She paused, bewildered that he had been studying her. But, dismissing the issue, she trudged to her left and deposited her hat in the trash barrel. Though she didn't dust her hands, Rhys noted the little flick of her chin as if to bid the tiny bit of trouble good riddance. Then she peered into the trash. She frowned, turning her face toward him to examine his empty hands and his bare head.

She reached in and retrieved his hat. Nose wrinkling, she held it up by two dainty fingertips. The remains of a watercress sandwich dripped from its brim. "Yours?"

"No longer," he replied, shoulders shaking in laughter.

She opened her fingers and let the hideous thing fall back inside the barrel. This time, she brushed her hands off and tossed him a grin that made him wish he were a rich man.

She retraced her steps, got her chit for her horse, and walked toward the stable block. With every step, her rippling hair tapped against her trim derriere.

Rhys wrestled with the temptation to follow her and introduce himself. They shared an admiration of good horseflesh and a hatred of hats. What's more, he needed to get close to her. Learn her name and the reason she could make him chuckle when no one had in -- God help him -- years.

Into his reverie darted the little man who had found her so intriguing before. Rhys watched him trail after her.

Rhys felt a stab of fear and began to track the sway of emerald green, followed by the little man's brown coat weaving through the crowd like a garden snake. But, unexpectedly, the man paused, jerked around, and flattened himself against the stable wall. As if he recognized someone he feared, he ran in the opposite direction.

Rhys memorized his needle mustache, his hooked nose. Rhys turned to check on the lady and bumped into someone.

"I apologize -- " Rhys offered, but further words died on his lips. He was face-to-face with the one man who was responsible for everything he had become. Angry and poor.

"I come to Europe at least once a year."

"I will inform my solicitor he is flagging in his duty to inform me well in advance about your travel plans."

"He's not remiss. I came to Dublin unexpectedly."

"All the more reason to be vigilant. I claim the droit de seigneur to shoot all wolves invading my territory."

"Or attempting to buy it?"

"That, too." Why in hell a pirate like Brighton would try to purchase Kendall Manor baffled Rhys. In the fourteen years since Skip began to amass his fortune by smuggling cotton and artillery between England and southern ports during the American Civil War, Skip Brighton had never endeavored to buy property in London. When Rhys's solicitor had said Skip approached him to buy Kendall Manor, Rhys had rejected the offer immediately. Yes, he had given word out that he would sell his three-hundred-year-old home on the banks of the Thames for a decent price to the right person. But he'd rather keep Kendall Manor, even if it meant not having enough money to invest in a new venture like Guardian Shipping's new cruise line.

Rhys's pride demanded he keep the rarest jewel of his family from the man who had taken most else from him. He'd never give Skip the satisfaction of possessing the Kendall family London residence. It was irksome enough to Rhys that he was considering joining a group of ten men in a new company to develop a transatlantic cruise line -- a group that would include Skip, once his friend, now his nemesis.

Skip shot him a fleeting smile. "It's true, Rhys, that I never stayed anywhere for long, but I grow older and I need stability. I knew you considered investing in our cruise line, and I thought any profit you earned on the sale of Kendall Manor might make that investment a reality."

Rhys balled his hands in frustration. "It is kind of you to be concerned for me, but if I join Guardian Shipping, it will be with money I think I can readily invest. I will not sell my family's assets."

"And certainly not to me?"

"Your money was gained from my people's loss, Brighton. I'll never take a bloody penny from you."

Skip tightened his jaw, his tone melancholy. "Old resentments die as hard as old habits. The bigger tragedy would be to die without making amends." He smiled. "I was pleased to hear from my friends that your factory in Lancashire is producing fabric up to its full capacity."

Rhys's guard went higher. Skip's shift in topic was subtle and intentional. Rhys couldn't resist the need to brag. "We'll earn a profit this year for the first time since your Southern states seceded from your Union. I'm importing Indian cotton now."

Damned if Skip didn't sound sincere. But Rhys would never forget that the ruin of Rhys's textile business after the fire in his largest Liverpool mill had
much to do with Skip's greed during the American Civil War. Rhys was already stepping away. "Excuse me."

Ann Brighton is determined to be more than the debutante daughter of a brash American millionaire. Foiled in a bid for her independence -- and jilted by her fiancé -- she reluctantly accepts her father's offer: a stipend to buy the horse farm she covets if she accompanies him on a grand tour of Europe. Skip Brighton hopes to unravel some suspicious business dealings and match his daughter with any eligible British nobleman. Ann intends to cling to her freedom -- until a stranger asks for her trustin more ways than one....

Rhys Kendall, the sixteenth duke of Carlton, is nearly bankrupt -- for which he blames Skip Brighton. But now he wants Ann as his lover and his wife; together, Rhys and Ann must conquer their bitter pasts amid the colorful whirl of London's drawing rooms and ballrooms, where they encounter gossip, greed and murder. To win a love like never before, Rhys must persuade Ann to surrender her hand and her heart for safekeeping -- and to follow the spirit of an unexpected passion.

Description du livre Mass Market Paperback. Etat : GOOD. Spine creases, wear to binding and pages from reading. May contain limited notes, underlining or highlighting that does affect the text. Possible ex library copy, will have the markings and stickers associated from the library. Accessories such as CD, codes, toys, may not be included. N° de réf. du vendeur 3181329166