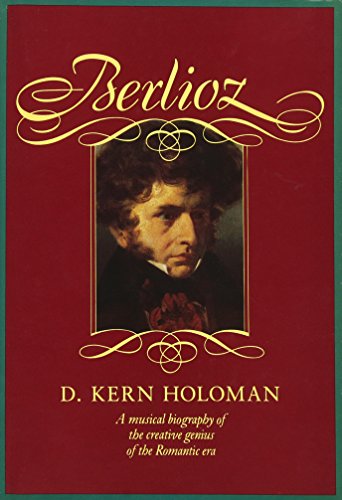 Description du livre Hardback. Etat : New. New. Language: English. Brand new Book. For three decades, beginning with the Symphonie fantastique composed in 1830, Hector Berlioz and his music embodied the elan and exuberance of the Romantic era. This captivating and sumptuously illustrated biography is not only a complete account of Berlioz's life, but an acute analysis of his compositions and description of his work as conductor and critic, as well as a vivid picture of his musical world.D. Kern Holoman paints a full-length portrait of Berlioz: his personal and family life, his intellectual development and pursuits, his methods of composing (Berlioz at his work table, so to speak), the aim and style of his music criticism and travel writing, his innovations in staging and conducting performances, and his interaction with other composers, including Liszt, Mendelssohn, Wagner, Schumann, Glinka, Brahms, Verdi, Saint-Saens, Gounod. In discussing Berlioz's music, Holoman talks about specific techniques, takes note of influences and borrowings, and analyzes the concept of programmatic music developed in Symphonie fantastique, Harold in Italy, Romeo and Juliet, and The Damnation of Faust.While following Berlioz's career, we get a rich sense of the world in which he moved. We see the requirements and excitements of foreign concert tours, the music publishing and instrument-making businesses, the development of the modern concept of orchestral conducting, the use of newspapers for publicity, the composer's working relations with impresarios and soloists. N° de réf. du vendeur BZV9780674067783