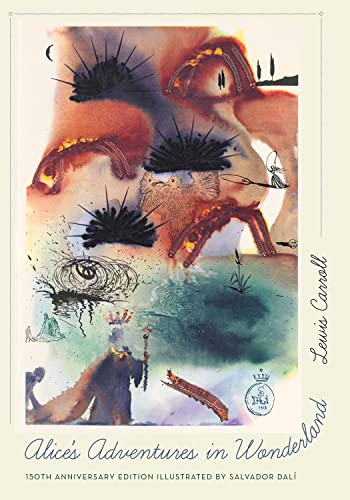 “This year marks the 150th anniversary of Lewis Carroll’s beloved classic, Alice’s Adventures in Wonderland. Commemorate the occasion with a deluxe hardcover edition of the tale from Puffin Books, available Oct. 27. The new book is re-illustrated with vibrant, whimsical designs by Anna Bond of Rifle Paper Co., for a one-of-a-kind look at Alice’s imaginative journey.”—American Profile
From the Hardcover edition.
Quatrième de couverture :
"What is the use of a book," thought Alice, "without pictures?"

For over 125 years John Tenniel's superb illustrations for Alice's Adventures in Wonderland have been the perfect complement to Lewis Carroll's timeless story. In that time Alice has been illustrated by numerous artists, but not one has come close to matching the universal appeal of the original pictures.

This is the first Alice to reproduce Ternniel's exquisite drawings from prints taken directly from the original wood engravings. Here, Tenniel's fine line work is far crisper, delicate shadings are reproduced with more subtlety, and details never seen before are now visible.

Like most nineteenth-century children's books, the pictures for Alice were created by transferring the artist's drawings to woodblocks, But with Alice, the original blocks served as masters from which metal plates were made for printing. Unfortunately, these plates deteriorated from the repeated pressure applied during printing, and over time, many of the fine lines in Tenniel's pictures simply vanished altogether.As the year-, passed, the original woodblocks disappeared and were believed lost; then, in 1985 they were discovered in a London bank vault.

Now, for the first time, prints from these woodblocks have been used to produce a deluxe gift edition with clearer, more detailed images than have ever been seen before. At last, readers can see the Alice that Carroll and Tenniel had originally envisioned.