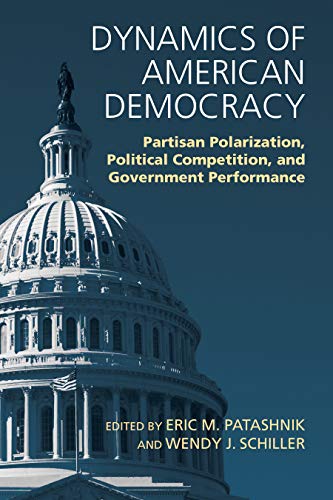 Description du livre University Press of Kansas, United States, 2020. Paperback. Etat : New. Language: English. Brand new Book. Democracy is in crisis. Washington is failing. Government is broken. On these counts many politicians, policy experts, and citizens agree. What is less clear is why - and what to do about it. These questions are at the heart of Dynamics of American Democracy, which goes beneath the surface of current events to explore the forces reshaping democratic politics in the United States and around the world.Bringing together leading scholars and practitioners of politics and governance, this volume charts a twenty-first-century landscape beset by ideological polarization and political tribalism; rapid demographic, economic, and technological change; the influence of online news and social media; and the increasing importance of public attitudes about gender and race. Against this fraught background the authors consider the performance of the two-party system, the operations of Congress and the presidency, and the ways in which ordinary citizens form their beliefs and make their voting decisions. The contributors' work represents a wide range of perspectives and methodological approaches and provides insight into what ails American governance, from the practice of politics as tribal warfare to the electoral rules that produce a two-party hegemony, and from the impact of social media - including how differently conservatives and liberals use Twitter - to the significance of President Trump in historical and institutional perspective.Finally, Dynamics of American Democracy goes beyond diagnosis to present and evaluate the value and viability of proposals for reforming politics. N° de réf. du vendeur AAS9780700630011