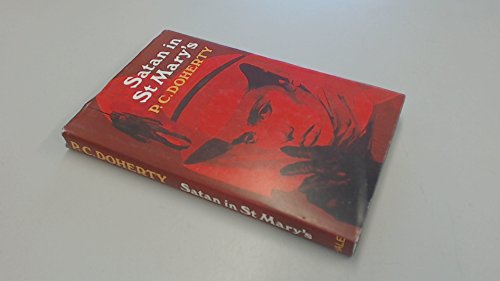 1284 and Edward I is battling a traitorous movement founded by the late Simon de Montfort, the rebel who lost his life at the Battle of Evesham in 1258. The Pentangle, the movement's underground society whose members are known to practice the black arts, is thought to be behind the apparent suicide of Lawrence Duket, one of the King's loyal subjects, in revenge for Duket's murder of one of their supporters. The King, deeply suspicious of the affair, orders his wily Chancellor, Burnell, to look into the matter. Burnell chooses a sharp and clever clerk from the Court of King's Bench, Hugh Corbett, to conduct the investigation. Corbett - together with his manservant, Ranulf, late of Newgate - is swiftly drawn into the tangled politics and dark and dangerous underworld of medieval London.

Paul Doherty was born in Middlesbrough. He studied History at Liverpool and Oxford Universities and obtained a doctorate for his thesis on Edward II and Queen Isabella. He is now headmaster of a school in north-east London and lives with his family in Essex.

Description du livre Hardcover. Etat : Near Fine. Etat de la jaquette : Fine. Hale 1986 First Edition First Printing (Library Binding Variant - Blue Leatherette boards and yellow top-page-edges) Page edges a little browned else Fine book in Fine Dust Jacket ''. In 1284 the King's interest was roused by the murder in the City of Ralph Crepyn by Lawrence Duket, who then apparently committed suicide. The King, deeply suspicious about the murder, ordered an investigation into the events. A clerk, Hugh Corbett is chosen to conduct this investigation, and is soon drawn into the dark and dangerous underworld of medieval London. ''. Book. N° de réf. du vendeur 50530