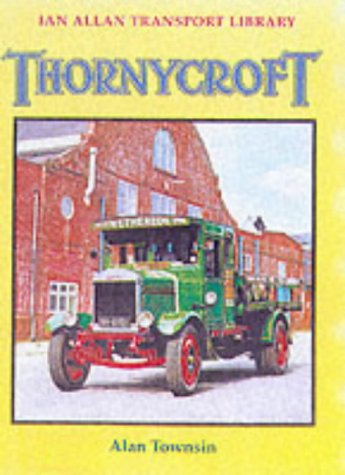 Description du livre Ian Allan Publishing, Hersham, 2001. Hardback. Etat : Mint. Etat de la jaquette : Fine. First Edition. This copy is in mint, unmarked condition bound in black cloth covered boards with bright gilt titling to the spine. This copy is bright, tight, white and square. The unclipped dustwrapper is lightly sunned to the spine but still fine condition International postal rates are calculated on a book weighing 1 Kilo, in cases where the book weighs more than 1 Kilo increased postal rates will be quoted, where the book weighs less then postage will be reduced accordingly. There are few more famous names in the history of Britain's commercial vehicle industry than that of Thornycroft. First established in 1864 when John Isaac Thornycroft produced his first steam-driven launches for river work, the company turned its attention to commercial vehicles, producing its first steam lorry in 1896. An early experimenter in the use of the internal combustion engine, World War 1 saw many of the company's products in service on the Western Front and, from this, its production expanded dramatically postwar. However, the commercial vehicle interests of the business were gradually to fall foul of the process of merger and rationalisation that affected much of British industry in the late 1950s and early 1960s and production of Thornycroft-badged vehicles ceased in 1962. Production at the company's Basingstoke factory eventually ceased, with work transferred to Watford. Elsewhere, however, Thornycroft, as part of Vosper Thornycroft, represent one of Britain's foremost manufacturers of naval vessels in the 21st century. In his latest addition to the well-received and successful 'Ian Allan Transport Library' series, noted transport historian Alan Townsin recalls the history and products of Thornycroft from its origins in the late 19th century through to the modern age. Drawing upon a wide range of excellent photographs and the assistance of the Thornycroft Society, the book records the great variety of engineering interests of the company, providing readers with the first comprehensive history of the company and its products. Concentrating primarily upon the commercial vehicles, both truck and bus, the book also covers the company's involvement in the maritime industry. Ref R 3. N° de réf. du vendeur 026113