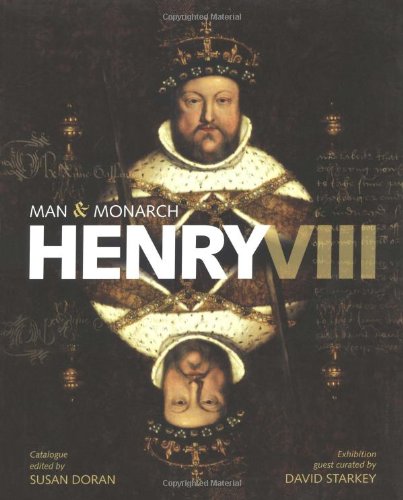 This is an important new book published to accompany a major new British Library Exhibition, Henry VIII: Man and Monarch (22nd April - 6 September 2009) and the 500th anniversary of Henry VIII's accession to the throne. There is renewed public interest in Henry VIII due to 2009 being the 500th anniversary of his accession to the throne, plus several high profile publications and events. This book is co-edited and with contributions from David Starkey, the highly-regarded historian and author of many books on Tudor history, most recently 'Henry: Virtuous Prince' (HaperPress 2008) and Dr Susan Doran (of the same team that produced the best selling Elizabeth I exhibition catalogue in 2003). The catalogue will be handsomely produced, including colour illustrations of all 250 exhibits, together with related material. More than a dozen notable scholars have contributed to it, including Eamon Duffy, James Carley, John Guy, Darmaid McCulloch and Eric Ives. A related 4-part series by David Starkey will be broadcast simultaneously on Channel 4.

As is often now the case, the catalogue is as vivid as the show, but it is well worth the trip to get as close as will probably ever be possible to the greatest King that ever ruled England --The Independant

Henry VIII: Man and Monarch provides an outstanding record of an excellent exhibition. A good read, provides fascinating insights into the mind of a great monarch. --Visual Art Book