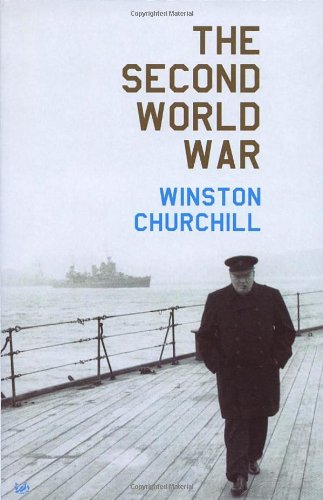 "The Second World War dwarfs in scale the scanty memoirs of great figures of the past. The imagination boggles at the task of finding a just comparison... The events would have made the narrative great even if the writer had not had Churchill's gift of style. But the style matches the occasion" (Times Literary Supplement)

"He is not writing history so much as reliving it - with its animosities still remembered, its wounds still smarting. This is a story told while the sweat and shock of mortal combat are still upon the teller" (Evening Standard)

Winston Churchill (1874-1965) was educated at Harrow and Sandhurst, and after several years in the army, became a newspaper correspondent and then an MP. After Chamberlain's defeat in May 1940, Churchill formed a coalition government and as Prime Minister led Britain through the Second World War. Defeated in the July 1945 election, he became Leader of the Opposition, and then became Prime Minister once more in 1951. In his last years he was often described as 'the greatest living Englishman'. He was knighted in 1953, and won the Nobel Prize for Literature the same year.