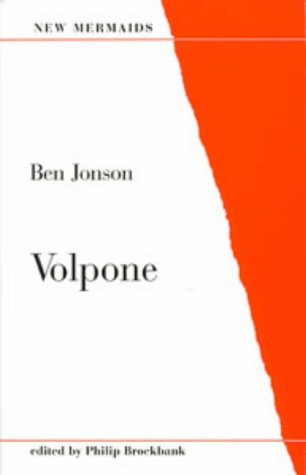 Thank you for checking out this book by Theophania Publishing. We appreciate your business and look forward to serving you soon. We have thousands of titles available, and we invite you to search for us by name, contact us via our website, or download our most recent catalogues. And men may justly impute such rages, if continued, to the writer, as his sports. The increase of which lust in liberty, together with the present trade of the stage, in all their miscelline interludes, what learned or liberal soul doth not already abhor? where nothing but the filth of the time is uttered, and with such impropriety of phrase, such plenty of solecisms, such dearth of sense, so bold prolepses, so racked metaphors, with brothelry, able to violate the ear of a pagan, and blasphemy, to turn the blood of a Christian to water. I cannot but be serious in a cause of this nature, wherein my fame, and the reputation of divers honest and learned are the question; when a name so full of authority, antiquity, and all great mark, is, through their insolence, become the lowest scorn of the age; and those men subject to the petulancy of every vernaculous orator, that were wont to be the care of kings and happiest monarchs. This it is that hath not only rapt me to present indignation, but made me studious heretofore, and by all my actions, to stand off from them; which may most appear in this my latest work, which you, most learned Arbitresses, have seen, judged, and to my crown, approved; wherein I have laboured for their instruction and amendment, to reduce not only the ancient forms, but manners of the scene, the easiness, the propriety, the innocence, and last, the doctrine, which is the principal end of poesie, to inform men in the best reason of living. And though my catastrophe may, in the strict rigour of comic law, meet with censure, as turning back to my promise; I desire the learned and charitable critic, to have so much faith in me, to think it was done of industry: for, with what ease I could have varied it nearer his scale (but that I fear to boast my own faculty) I could here insert. But my special aim being to put the snaffle in their mouths, that cry out, We never punish vice in our interludes, etc., I took the more liberty; though not without some lines of example, drawn even in the ancients themselves, the goings out of whose comedies are not always joyful, but oft times the bawds, the servants, the rivals, yea, and the masters are mulcted; and fitly, it being the office of a comic poet to imitate justice, and instruct to life, as well as purity of language, or stir up gentle affections; to which I shall take the occasion elsewhere to speak.

Webster's paperbacks take advantage of the fact that classics are frequently assigned readings in English courses. By using a running English-to-Hebrew thesaurus at the bottom of each page, this edition of Volpone by Ben Jonson was edited for three audiences. The first includes Hebrew-speaking students enrolled in an English Language Program (ELP), an English as a Foreign Language (EFL) program, an English as a Second Language Program (ESL), or in a TOEFL� or TOEIC� preparation program. The second audience includes English-speaking students enrolled in bilingual education programs or Hebrew speakers enrolled in English-speaking schools. The third audience consists of students who are actively building their vocabularies in Hebrew in order to take foreign service, translation certification, Advanced Placement� (AP�) or similar examinations. By using the Webster's Hebrew Thesaurus Edition when assigned for an English course, the reader can enrich their vocabulary in anticipation of an examination in Hebrew or English.
TOEFL�, TOEIC�, AP� and Advanced Placement� are trademarks of the Educational Testing Service which has neither reviewed nor endorsed this book. All rights reserved.