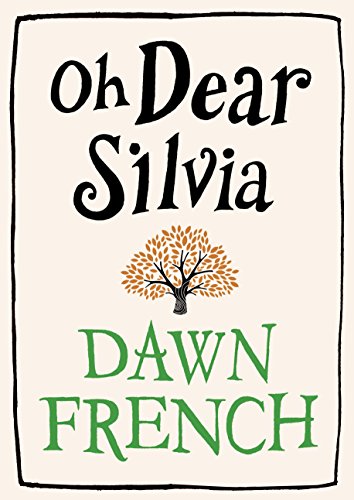 Dawn French, number one bestelling author of A Tiny Bit Marvellous and one of Britain's best loved comic writers, returns with Oh Dear Silvia, a darkly comic pageturner that will have you hanging on her every word. Who is in Coma Suite Number 5? A matchless lover? A supreme egotist? A selfless martyr? A bad mother? A cherished sister? A selfish wife? All of these. For this is Silvia Shute who has always done exactly what she wants. Until now, when her life suddenly, shockingly stops. Her past holds a dark and terrible secret, and now that she is unconscious in a hospital bed, her constant stream of visitors are set to uncover the mystery of her broken life. And she must lie there, victim of the beloveds, the borings, the babblings and the plain bonkers. Like it or not, the truth is about to pay Silvia a visit. Again, and again and again... Oh Dear Silvia is the brand new novel from one of Britain's most loved comic writers and the number one bestselling author of A Tiny Bit Marvellous. Praise for Dawn French: 'Extremely funny' Sunday Times 'A fantastic slam-dunk pageturner' Mail on Sunday Dawn French has been making people laugh for thirty years. On purpose. As a writer, comedian and actor, she has appeared in some of this country's most long running, cherished and celebrated shows, including French and Saunders, The Comic Strip Presents. . ., Murder Most Horrid, The Vicar of Dibley, Jam and Jerusalem, Lark Rise to Candleford, and more recently, Roger and Val Have Just Got In. Her bestselling memoir, Dear Fatty, was published to critical acclaim in 2008. Her first novel, A Tiny Bit Marvellous, was also a great success, going straight to No.1.

Silvia Shute has always done exactly what she wants. But after a fall from a balcony, her life has suddenly, shockingly stopped.

Now she's unconscious in a hospital bed, at the mercy of the mad friends and crazy relatives who have come to visit. Her beleaguered ex-husband, her newly independent daughter, her West Indian nurse, her bohemian sister, her best friend, her enthusiastic housekeeper, and others all share a piece of their collective mind with the complex woman—the bad mother, the cherished sister, the selfish wife, the matchless lover, the egotist, the martyr—they think they know.

And Silvia can't talk back.

As she lies there, captive to the beloveds, the babblers, and the stark-raving bonkers who alternate at her bedside, the dark and terrible secret she has been hiding for years begins to emerge.

Description du livre Etat : Good. Former Library book. Shows some signs of wear, and may have some markings on the inside. NḞ de réf. du vendeur 779799-6

Description du livre Paperback. Etat : Used; Good. Dispatched, from the UK, within 48 hours of ordering. This book is in good condition but will show signs of previous ownership. Please expect some creasing to the spine and/or minor damage to the cover. NḞ de réf. du vendeur CHL1656964

Description du livre Etat : Good. A+ Customer service! Satisfaction Guaranteed! Book is in Used-Good condition. Pages and cover are clean and intact. Used items may not include supplementary materials such as CDs or access codes. May show signs of minor shelf wear and contain limited notes and highlighting. NḞ de réf. du vendeur 0718156072-2-4

Description du livre Paperback. Etat : Good. All orders are dispatched the following working day from our UK warehouse. Established in 2004, we have over 500,000 books in stock. No quibble refund if not completely satisfied. NḞ de réf. du vendeur mon0004970772

Description du livre Etat : Very Good. This book is in very good condition and will be shipped within 24 hours of ordering. The cover may have some limited signs of wear but the pages are clean, intact and the spine remains undamaged. This book has clearly been well maintained and looked after thus far. Money back guarantee if you are not satisfied. See all our books here, order more than 1 book and get discounted shipping. . NḞ de réf. du vendeur 7719-9780718156077