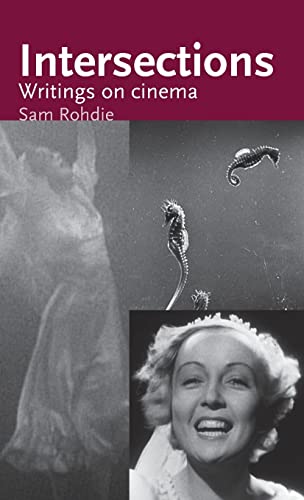 Comprised of fourteen chapters, the book opens with studies of Louis Feuillade, Jean Painleve, Jean Vigo, and Georges Franju. In each case the author finds original points of reference and cross-reference to other film-makers, and visual artists, particularly within modernism. Successful as free-standing short essays on their subject, the chapters also situate the work of these film-makers less within the context of French cinema history, than within other cinema histories, and intellectual traditions. This is an important gesture both in terms of the general architecture of the book, and in terms of its commitment to reclaiming the work of these figures for a wide community of film and cinema studies teachers, students, and enthusiasts. This is a modest but valuable contribution to the field, and is entirely in keeping with the aims of the Cinema Aesthetics series. Further chapters on Tati, Hitchcock, and Rivette broaden the scope of the book, but these 'intersections' also frame two longer chapters on Godard and Welles, respectively. The book, therefore, is writing as much to as about the textures and rhythms of the films it examines, and it is surprisingly successful in this regard. The concluding chapters focus on Anthony Mann (particularly, Man of the West), Luchino Visconti, and finally, John Ford. Again, a carefully nurtured sense randomness and serendipity yields a coherent and compelling set of positions on both the past of the cinema, and its futures.

Description du livre Manchester University Press, 2012. Hardback. Etat : New. New copy - Usually dispatched within 4 working days. A penetrating and illuminating series of essays that looks at some of the most distinctive directors in world cinema. Sam Rohdie is one of the most distinguished film scholars currently writing. He moves from the very well known - Hitchcock, Truffaut, Visconti, Welles - to those that he feels need more attention - Painleve, Vigo and Franju. -- . N° de réf. du vendeur B9780719086922