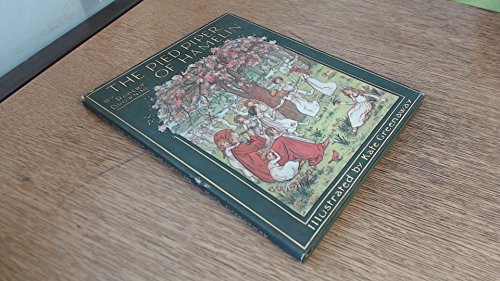 The Pied Piper of Hamelin

Robert Browning (1812-1889) was born in Camberwell, London, the son of a clerk in the Bank of England. The strongest influence on his education were the books in his father's extensive library, particularly the writings of Byron and Shelley. His dramatic poem Paracelsus, published in 1835, established his reputation and brought him the friendship of the actor-manager William Macready. When Macready's eldest son Willie was ill in bed, Browning wrote for the boy's entertainment the poem of The Pied Piper, a story he remembered from his own childhood. After its appearance in print in 1842, it became a children's classic, attracting new illustrators in every generation.

In 1846 Robert Browning married a fellow poet, Elizabeth Barrett, eloping with her to Italy where they lived until Elizabeth's death in 1861. He them returned to England to live with his only sister Sarianna, but later he went back to Italy, where he died at the Rezzonico Palace in Venice.

1. The Pied Piper of Hamlin

2. The Pied Piper of Hamlin Robert Browning and Kate Greenaway