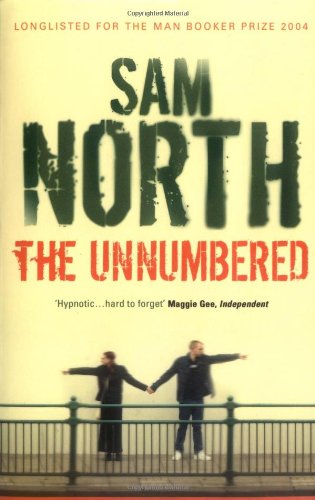 Nio and Mila are in love. They should be like any other couple, planning a future, their first flat, careers, a family. Nio, is a 23 year old Greek. He's built a shack in St Pancras Cemetery. Mila lives with her Romanian parents in three caravans parked off the North Circular.
For they're not like most couples. They're part of the Unnumbered; illegal immigrants. With no driving licence, no social security, no identity, they are almost invisible, yet the streets are swirling with them. There's Nio's friend Charmer, an aimless scrounger, there's Mila's thief of a little brother and Anjali, the bright student with a promising future, driven to destruction. Casting a shadow over all of them, taking pleasure from their pain, looms Lucas Tooth. English, smart, and evil.
Nio and Mila are in love. The city has brought them together and the city could tear them apart. But love has a way of fighting back.
'Illegal immigration has long awaited its Flaubert; the novelist talented enough to raise the commonplace hopes, fears and desires of displaced humanity into an epiphany. San North is that writer. ...The Unnumbered is a breath of fresh air: a rich complex novel that should be read immediately by everyone who believes in the transporting power of fiction' Economist

'Hypnotic - it has one of the most loathsome villains I have come across in years, and one of the most attractive heroes...North is a genuinely original writer and his commemoration of the unnumbered will be hard to forget'
Maggie Gee, Independent
'A paean to London, to its diversity, its capacity to hold all sorts...Sometimes shocking, often immensely moving, The Unnumbered exposes areas of the capital that are rarely seen' Zembla

Contemporary London. You know what that's like. But there's another London too, another race: the streets are swirling with them. They have no jobs, no driving licence, no social security, no identity of any sort. They pass us by every day; the unnumbered.
Nio and Mila are two of the unnumbered. Nio the dreamer has built a home for himself in Coldfall Woods. Mila the realist has just bought herself an identity, and works as a checkout girl. It's a start: their start. Mila's going to reach the stars some day. They can feel it in the air.
Lucas Tooth can sense it too. He works his charm on all these women; the hopeful, the sad, the desperate. But only when they feel the fear does it bring him the pleasure. And now it's Mila's turn.
Together, Nio and Mila will take on this London and all it can throw at them. But it is not an easy city. It exacts a hard tribute. The city has brought them together. The city could tear them apart.