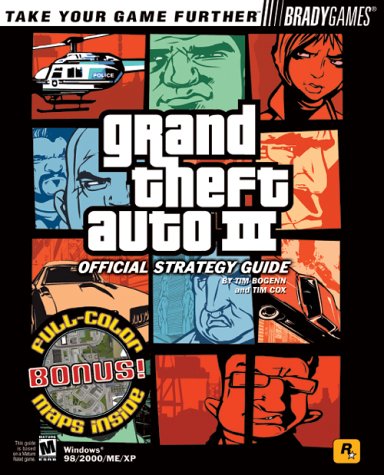 Grand Theft Auto 3 for PC is the latest edition to the Grand Theft Auto series of games. Like in the PS2 game, players will be able to carjack a vehicle at anytime, anywhere in Liberty City, and freely roam about on foot. The game pits players as the main character, a man who's trying to move up the Mafia tree by completing certain missions. In order to do so, gamers will have to steal a lot of cars and break many laws. Gamers will choose from over 50 kinds of vehicles-from taxis to sports cars to fire trucks, and even boats! There are also over 80 missions and a variety of side missions to pick from. Over two dozen ways to take out enemies, including fist fighting, baseball bat, handgun, Uzi, rocket launcher, grenade, and more. Dynamic weather effects, including rain, fog, thunder and lightning change Liberty City and challenge gameplay, as does time of day and night. As an added twist, this game will also have online accessibility with multiplayer capabilities.