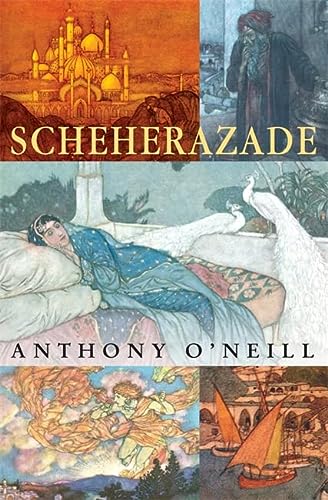 O'Neill writes with authority, blending fact, fiction and fable in this brilliant debut... I enjoyed this book immensely. It is so alive you can almost smell the air (Independent on Sunday)

This is a remarkable and mysterious first novel, elegantly written and vividly characterised. Riffing on the Arabian Nights has been done before, but never with as much aplomb as here. As well as being a considerable piece of storytelling, this is a striking testament to the power of the imagination (Publishing News)

Like his heroine, [O'Neill] knows how to tell a story (The Times)

The many twists and turns propel the story in a manner worthy of the novel's eponymous heroine; there are enough cliff-hangers here to satisfy the most jaded of readers... Transposing the fictional queen to an actual time and place populated with documented characters, O'Neill absorbs his research into a novel of over 500 pages that never flaunts its learning nor...loses its delicate balance between the fantastical and the true. The occasional asides that consider fictionality are never heavy-handed, while scenes set in the teeming streets of Baghdad or during the sailors' punishing trek through the desert are especially vivid... This is a rousing read, and anything but pale (Good Book Guide)

'O'Neill mixes fact, fiction and fable into an exuberant, witty tale about magic, vengeance and the nature of storytelling' Sydney Morning Herald

In prose that is sometimes confrontingly earthy, sometimes delicate and lyrical, O'Neill draws us into his narrative as surely as Scheherazade drew Shahriyar into hers (Australian Bookseller & Publisher)

Mastery of storytelling is its hallmark. He relates a thrilling, complicated quest. O'Neill is boldly and rightly convinced of his power to engross us, and cheeky enough to add to Scheherazade's tally of 1001 tales (Herald-Sun)

It is nearly twenty years since Scheherazade spun her tales for a thousand and one nights; the tales that saved her life and immortalised the city that she had never seen - until now. Scheherazade and her husband, King Shahriyar, arrive in Baghdad to a rapturous welcome from the Caliph and his people, but within hours the Queen is kidnapped from her bathhouse, and disappears.

An ancient prophecy leads the Caliph to despatch a motley crew of sailors on a rescue mission. As the seven unlikely saviours venture deeper into the unforgiving desert, losing camels, supplies, and all sense of direction, Scheherazade must face her abductors alone. And once again she begins to spin a tale to save her life...