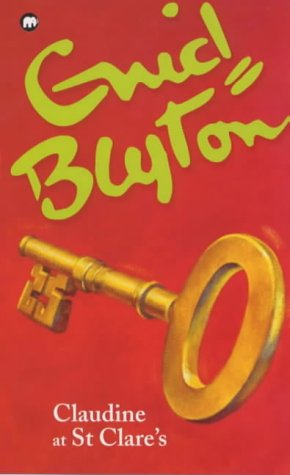 In book seven, Eileen's mother is the new Matron and Mam'zelle's niece, Claudine, joins St Clare's and causes havoc wherever she goes. The twins are enchanted by rebellious Claudine and her mad-cap plans, but will she last the term?

Between 1941 and 1946, Enid Blyton wrote six novels set at St Clare's. This edition features the original text and is unillustrated.

Enid Blyton was born in East Dulwich, South London, in 1897. She wrote over six hundred books in her lifetime, including many of the 20th century's most popular children's series. Some of her best-known works include the Famous Five, the Secret Seven, Malory Towers, The Magic Faraway Tree, The Wishing Chair and Noddy. Enid Blyton died in 1968 but remains one of the world's best-loved storytellers and is consistently voted a children's favourite in reader polls.