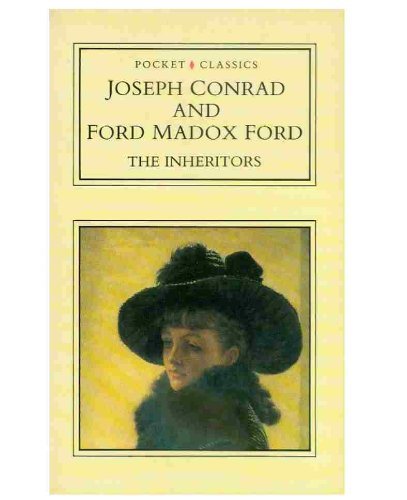 The Inheritors: An Extravagant Story (1901) is a quasi-science fiction novel that looks at society's mental evolution and what is gained and lost in the process. Written before the first World War, its themes of corruption and the effect of the 20th Century on British aristocracy appeared to predict history. In the novel, the metaphor of the "fourth dimension" is used to explain a societal shift from a generation of people who have traditional values of interdependence, being overtaken by a modern generation who believe in expediency, callously using political power to bring down the old order. Its narrator is an aspiring writer who himself makes a similar transition at a personal level only to feel he has lost everything. The inheritors are a breed of cold materialists, calling themselves Fourth Dimensionists, whose task is to occupy the earth. An unsuccessful English writer meets a fascinating woman by chance, who seems to talk in metaphors. She claims to be from the Fourth Dimension and a major player in a plan to "inherit the earth". They go their separate ways with her pledge they will meet again and again. At their next meeting, the woman freely reveals her "identity" and two others in their circle, one a cabinet minister (Charles Gurnard) and Fox, the editor of a new paper – all of them competing with each other. She has taken on his name and pretends to be his sister, invading firstly his down-on-their-luck aristocratic family by financing improvements to their estate, until she moves with his aunt, to Paris. Each time she turns up, she is in greater connection with prominent political people and appears more dazzlingly beautiful and more desirable to Arthur.

Joseph Conrad (3 December 1857 – 3 August 1924) was a Polish-British writer regarded as one of the greatest novelists to write in the English language. He joined the British merchant marine in 1878, and was granted British nationality in 1886. Though he did not speak English fluently until he was in his twenties, he was a master prose stylist who brought a non-English sensibility into English literature. He wrote stories and novels, many with a nautical setting, that depict trials of the human spirit in the midst of an impassive, inscrutable universe. Conrad is considered an early modernist, though his works still contain elements of 19th-century realism. His narrative style and anti-heroic characters have influenced many authors, including T. S. Eliot, William Faulkner, Graham Greene,and Salman Rushdie. Many films have been adapted from, or inspired by, Conrad's works. Writing in the heyday of the British Empire, Conrad drew on, among other things, his native Poland's national experiences, and his personal experiences in the French and British merchant navies, to create short stories and novels that reflect aspects of a European-dominated world – including imperialism and colonialism – while profoundly exploring human psychology.