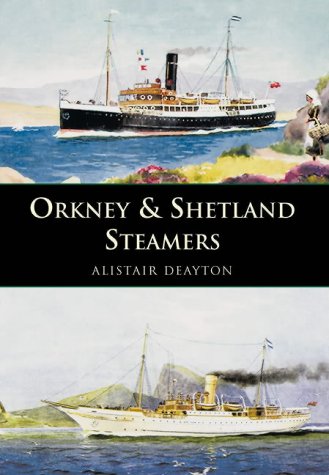 Services from mainland Scotland to Orkney and Shetland were, from the dawn of steam navigation right up until 2002, in the hands of the North of Scotland, Orkney & Shetland Shipping Company, known as the North Company, whose predecessors dated back to 1790 and which became part of P&O Ferries in 1975. In this book, Alistair Deayton uses his wonderful collection of photographs to tell the story of the ferries and steamers of the northern isles, including not only the North Company but its successors and competitors on the routes between mainland Scotland and the islands, including chartered vessels and wartime Ministry of War Transport ships travelling to Scapa Flow. The book also includes the inter-island ferries in both Orkney and Shetland, not forgetting the services to remote Foula and Fair Isle. This book is a must for all those interested in the transport history of Orkney and Shetland and evokes the days when the only way to travel to the northern isles was by sea.

Alistair Deayton is an acknowledged expert on West Coast steamers. He has written numerous books on the subject, including the hugely important Directory of Clyde Paddle Steamers. He lives in Paisley.