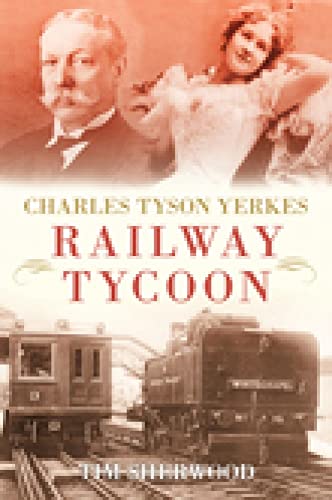 Yerkes' impact upon London was seismic and his legacy controversial. He made his fortune in the Chicago Street railways but his shady deals and turbulent private life led him to London seeking a new playground, having married his latest mistress, 40 years his junior. He undertook the electrification of the District Railway and constructed the tubes which developed into the Northern, Piccadilly and Bakerloo lines. He bought up London Tramways and built the biggest power station in the world at Lots Road, Chelsea. He overcame obstacles at a time when state involvement was minimal and revolutionised travel for Londoners, contesting another American tycoon, J.P. Morgan, evading Parliamentary scrutiny, and setting up syndicates as an early form of private equity. In the end, Yerkes' resources were drained by London's transport problems and when he died his affairs were in chaos.The events of his life formed the basis for the Theodore Dreiser novels, "The Financier", "The Titan" and "The Stoic", in which Yerkes was fictionalised as Frank Copperwood. The Yerkes crater on the moon is named in his honour.