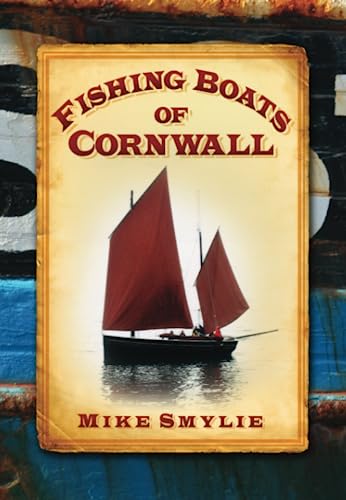 Description du livre The History Press Ltd, United Kingdom, 2009. Paperback. Etat : New. Language: English. Brand new Book. The first deep-sea fishing boats of Cornwall are regarded as being influenced by the three-masted French luggers that sailed over to cause havoc amongst the locals. However, fishing had been practised by Cornishmen for many generations before that, with mackerel and pilchard fishing being prominent. Inshore, lobster and crab fishing had also been popular for generations. This book looks at the development of Cornish fishing boats, from the lugger to Pilchard seine-net boats, once as prolific as the luggers and usually built locally, as were traditional lobster and crab vessels. These are discussed alongside more unusual boats, such as the St Ives 'jumbo' and the Mevagissey 'tosher'. The book brings the story up to date, including modern photos of existing boats gathering for the bi-annual Looe lugger regatta. After motorisation, the shape of the boat changed forever and the adaptation of old boats to accommodate engines is examined, as are the famous yards and boatbuilders of Cornwall still operational today. N° de réf. du vendeur AA79780752449067

Description du livre The History Press Ltd. Etat : New. The first deep-sea fishing boats of Cornwall, from around 1800 onwards, are generally regarded as being influenced by the three-masted Breton luggers that sailed over in search of new fishing grounds. This book offers a look at the development of Cornish fishing boats, from the lugger to Pilchard seine-net boats. Num Pages: 128 pages, Illustrations. BIC Classification: 1DBKEWC; WGG; WQH. Category: (G) General (US: Trade). Dimension: 234 x 165 x 6. Weight in Grams: 316. . 2009. Paperback. . . . . Books ship from the US and Ireland. N° de réf. du vendeur V9780752449067