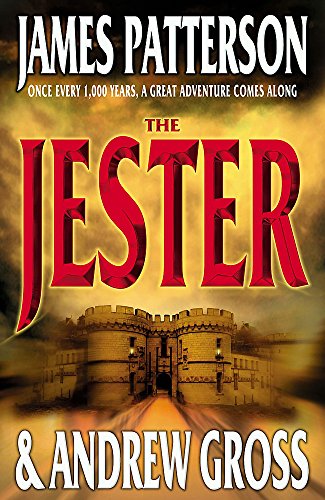 Freedom - in eleventh-century France, it is a luxury enjoyed by only the King and nobility. For the serf, it is surely worth fighting for. But is it worth dying for? Arriving home disillusioned from the Crusades, Hugh DeLuc discovers his village has been ransacked and his wife abducted. The dark riders came in the dead of night, like devils, marked with black crosses. Knights they may be, but honour and chivalry are not part of their code. They search for a relic, one worth more than any throne in Europe, and no man can stand in their way. Until Hugh, taking on the role of a jester, is able to infiltrate the enemy's castle where he believes his wife is being held captive. And when a man is fighting for freedom - for his wife, and for everything he holds dear - he will prove a formidable opponent. With the unstoppable pace and plot of a page-turning thriller, THE JESTER is a breathtaking, pulse-pounding adventure - one that could only be conjured by the mind of James Patterson, writing with his co-author of 2ND CHANCE, Andrew Gross. No one who has ever hoped for good to defeat evil or for love to conquer all will be able to stop turning the pages of this masterful novel.

Anyone who reads one page will be hooked (Publisher's Weekly)

'The Jester will appeal not only to Patterson's regular readers, but also to those who, when the dust settles and the smoke clears, simply enjoy a good story...Patterson again demonstrates that he is capable of doing anything' Bookreporter.com 8/4/03 (Bookreporter.com)

'From start to finish, this is supersmart popular fiction, slick yet stirring, packed with colourful details of medieval life, bursting with unforgettable characters and clever tropes and themes. Patterson's fans will adore this one' Publisher's Weekly 3/2/03 (Publisher's Weekly)

Description du livre Hardcover. Etat : New. All orders are dispatched the same working day from our UK warehouse All items are wrapped in bubble wrap and securely packaged. We pride our selves on our customer service with 24/7 customer support . N° de réf. du vendeur mon0000005294