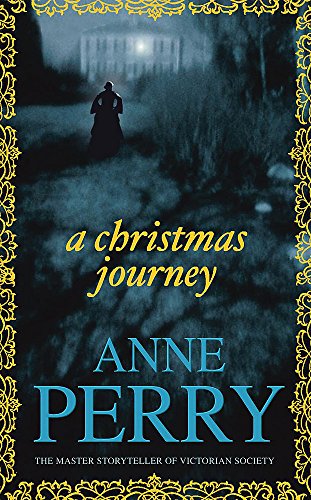 A tranquil weekend party in early December at a magnificent country house is shattered by a suspicious death. Attending the party and taking a leading role in the ensuing investigation is one of the most beloved characters from Anne Perry's Thomas Pitt series: Lady Vespasia Cumming-Gould.

Lady Vespasia's friend Isobel has made a cruel remark about Gwendolen Kilmuir on the night Gwendolen was meant to have become engaged to the eligible Bertie Rosythe. Gwendolen flees the room, and the next morning her body is found in the lake in the gardens of the estate. It appears she has jumped from the bridge. The host, Omegus Jones and Vespasia decide to find who or what might have led Gwendolen to resort to such an extreme measure. They vow to make the guilty party seek forgiveness and expiation through the task of taking a sealed letter written by Gwendolen before her death to her mother up in the north of Scotland.

The journey will be both physically and emotionally arduous but will bring answers to some unexpected and profound questions.

Anne Perry is a New York Times bestselling author noted for her memorable characters, historical accuracy and exploration of social and ethical issues. Her two series, one featuring Thomas Pitt and one featuring William Monk, have been published in multiple languages. Anne Perry has also published a successful series based around World War One and the Reavley family, and the recent standalone novel The Sheen on the Silk. Anne Perry was selected by The Times as one of the twentieth century's '100 Masters of Crime'.