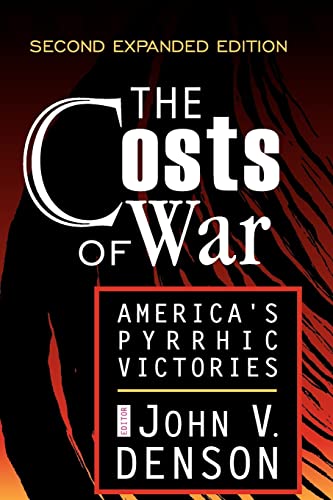 Description du livre Taylor & Francis Inc, United Kingdom, 1999. Paperback. Etat : New. 2nd New edition. Language: English. Brand new Book. The greatest accomplishment of Western civilization is arguably the achievement of individual liberty through limits on the power of the state. In the war-torn twentieth century, we rarely hear that one of the main costs of armed conflict is long-term loss of liberty to winners and losers alike. Beyond the obvious and direct costs of dead and wounded soldiers, there is the lifetime struggle of veterans to live with their nightmares and their injuries; the hidden economic costs of inflation, debts, and taxes; and more generally the damages caused to our culture, our morality, and to civilization at large. The new edition is now available in paperback, with a number of new essays. It represents a large-scale collective effort to pierce the veils of myth and propaganda to reveal the true costs of war, above all, the cost to liberty.Central to this volume are the views of Ludwig von Mises on war and foreign policy. Mises argued that war, along with colonialism and imperialism, is the greatest enemy of freedom and prosperity, and that peace throughout the world cannot be achieved until the central governments of the major nations become limited in scope and power. In the spirit of these theorems by Mises, the contributors to this volume consider the costs of war generally and assess specific corrosive effects of major American wars since the Revolution. The first section includes chapters on the theoretical and institutional dimensions of the relationship between war and society, including conscription, infringements on freedom, the military as an engine of social change, war and literature, and the right of citizens to bear arms. The second group includes reconsiderations of Lincoln and Churchill, an analysis of the anti-interventionist idea in American politics, a discussion of the meaning of the "just war," an assessment of how World War I changed the course of Western civilization, and finally two eyewitness accounts of the true horrors of actual combat by veterans of World War II. The Costs of War is unique in its combination of historical scope and timeliness for current debates about foreign policy and military intervention. It will be of interest to historians, political scientists, economists, and sociologists. N° de réf. du vendeur AAV9780765804877