Articles liés ŕ The Barrens: A Novel of Suspense

Oates, Joyce Carol The Barrens: A Novel of Suspense

The Barrens: A Novel of Suspense 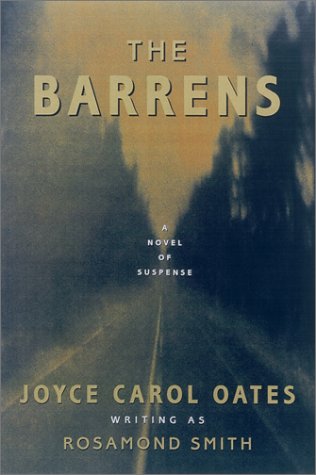 In this gripping psychological thriller, Joyce Carol Oates, New York Times best-selling author and one of the most versatile and original voices in contemporary American fiction, delivers a startling, complex tale of a serial killer and the people that his ghastly crimes touch—and transform. People like Matt McBride. Matt was barely out of junior high when the mutilated body of the first victim—a popular, pretty teenager—was uncovered in the desolate New Jersey Pine Barrens. Although he had hardly known the girl, Matt has long felt guilty at not having been able somehow to prevent the atrocity. Now another attractive young woman has disappeared, and Matt knew this victim, too. Just possibly he knew her more intimately than he is prepared to admit. By degrees Matt becomes obsessed with a guilt he can neither comprehend nor assuage. His seemingly happy marriage begins to deteriorate, while his increasingly erratic behavior heightens police suspicions. It also draws official attention away from an artist—a man of limited talent but of fierce, demented vision—who signs his work Name Unknown. Under the spell of the missing woman, Matt follows a path that leads him out of the maze of tortured memory to a confrontation with not only the baleful Name Unknown but also his own long-unacknowledged self. The outcome is shattering. With "murder as an art and the serial killer as an artist," National Book Award–winner Joyce Carol Oates shows "how a murderer's savage creations ... transform a man's life."—Marilyn Stasio, The New York Times "Oates fans may judge [The Barrens] the best Smith novel yet."—Boston Herald

5. The Barrens: A Novel of Suspense Oates, Joyce Carol