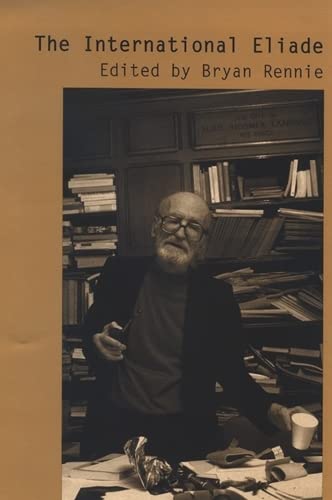 A unique consideration of the work of Mircea Eliade highlighting scholarship from outside the Anglophone world.

The International Eliade brings together contributors from beyond the Anglo-American milieu to consider the work of Mircea Eliade. Significant new insights and information concerning Eliade, his past, and potential applications of his thought are provided by scholars from Romania, Belgium, Italy, Germany, Norway, France, Argentina, India, Korea, Japan, and Québec, Canada. Intended as a balanced consideration of Eliade’s significance, the collection recognizes the restrictions and shortcomings of his work, and gives the English-language reader access to research in Eliade studies being done in a global arena.

“…a complex of critical analyses, important for religious studies, and particularly helpful for understanding Eliade.” — Studies in Religion

“…this volume … indicates that there is more to learn about Eliade. And, maybe more importantly, there is still more to learn about the study of religion, and most likely also about religion, by way of studying Eliade—and by way of studying those who study Eliade. Eliade is still useful. The International Eliade shows this.” — Journal of the American Academy of Religion

“[A] scintillating and remarkable collection of articles on Eliade … Most important, this collection sets Eliade on the international stage, defining his appeal and influence outside the United States … This very well-written and well-edited volume will stimulate many scholars to reconsider Eliade’s work in the light of current insights into the nature of religious experience.” — CHOICE

“This volume reviews international scholarship on the central figure of comparative religion in the last generation, which is a valuable contribution. The nonpolemical atmosphere of the book is refreshing and allows the reader to see the individual essays as phenomena in their own right.” — William E. Paden, author of Interpreting the Sacred: Ways of Viewing Religion