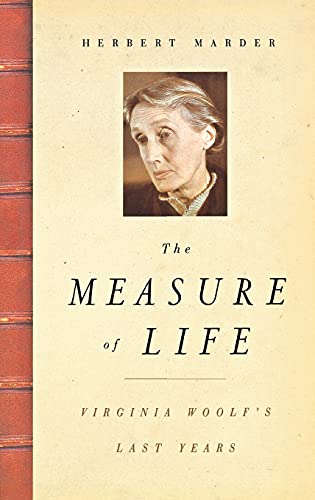 THE MEASURE OF LIFE: VIRGINIA WO

Description du livre Hardback. Etat : New. Language: English. Brand new Book. This elegantly written and richly detailed biography tells the story of Virginia Woolf's last ten years, from the creation of her great visionary novel, The Waves, to her suicide in 1941. Herbert Marder looks closely at Woolf's views on totalitarianism and her depictions of Britain under siege to create a remarkable portrait of a mature and renowned writer during a time of rising fascist violence.An awareness of personal danger, Marder says, colored Woolf's actions and consciousness in the years leading up to World War II. She practiced her art with intense dedication and was much admired for her wit and vivacity. But she had previously tried to kill herself, and she asserted her right to die if her manic-depressive illness became intolerable. Waves and water haunted her imagination; visions of drowning recurred in her work. The Measure of Life suggests that Woolf anticipated her suicide, and indeed enacted it symbolically many times before the event. Marder's account of her death emphasizes the importance of her relationship with her doctor and distant cousin, Octavia Wilberforce. Wilberforce's letters about Woolf's last months, including some previously unpublished passages, appear in the appendix.Staying close to the spirit of Woolf's own writing, Marder traces her evolving social consciousness in the 1930s, connecting her growing concern with politics and social history with the facts of her daily life. He stresses her endurance as a working writer, and explores her friendships, her complex relations with servants, and her activities at the Hogarth Press. The Measure of Life illuminates the unspoken quarrels and obscure acts of courage that provide a key, as Woolf herself believed, to the hidden roots of our existence. By letting the reader see events as Virginia Woolf saw them, Marder's compelling narrative captures both her unique comic spirit and her profound seriousness. N° de réf. du vendeur APC9780801437298