Articles liés ŕ On the Kabbalah and Its Symbolism

Scholem, Gershom Gerhard On the Kabbalah and Its Symbolism 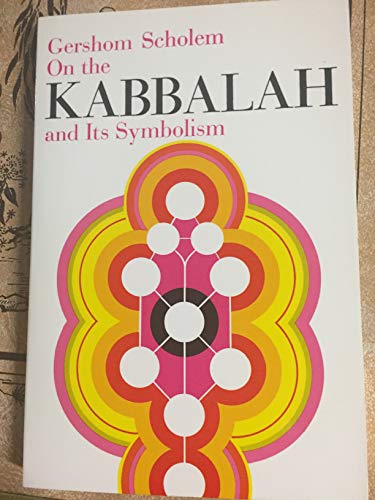 The Kabbalah, literally ‘tradition,’ that is, the tradition of things divine, is the sum of Jewish mysticism. It has had a long history and for centuries has exerted a profound influence on those among the Jewish people who were eager to gain a deeper understanding of the traditional forms and conceptions of Judaism. The literary production of the Kabbalists, more intensive in certain periods than in others, has been stored up in an impressive number of books, many of them dating back to the late Middle Ages. For many centuries the chief literary work of this movement, the Zohar, or ‘Book of Splendor,’ was widely revered as a sacred text of unquestionable value, and in certain Jewish communities it enjoys such esteem to this day. When Israel became an independent state, the Jews of Yemen, a remote and isolated principality in southern Arabia, immigrated almost to a man aboard the ‘magic carpets,’ as they called the airliners. They were obliged to abandon nearly all their belongings; but one object many had been unwilling to part with was their copy of the Zohar, which they have continued to study to this day.

But this world has been lost to European Jewry. Down to our own generation, students of Jewish history showed little understanding for the documents of the Kabbalah and ignored them almost completely. For in the late eighteenth century, when the Jews of Western Europe turned to resolutely to European culture, one of the first and most important elements of their old heritage to be sacrificed was the Kabbalah. Jewish mysticism with its intricate, introverted symbolism was felt to be alien and disturbing, and soon forgotten. The Kabbalists had attempted to penetrate and even to describe the mystery of the world as a reflection of the mysteries of divine life. The images into which their experience has crystallized were too deeply involved with the historical experience of the Jewish people, which in the nineteenth century seemed to have lost its relevance. For centuries the Kabbalah had been vital to the Jews’ understanding of themselves. Now it vanished beneath the turmoil of modern life, so completely that for whole generations next to nothing was known of it. What remained resembled an overgrown field of ruins, where only very occasionally a learned traveler was surprised or shocked by some bizarre image of the sacred, repellent to rational thought. The key to the understanding of the Kabbalistic books seemed to have been lost. Scholars were perplexed and embarrassed by this world, which, instead of offering clear and simple concepts that could be developed, presented symbols of a very special kind, in which spiritual experience of the mystics was almost inextricable intertwined with the historical experience of the Jewish people.

It is this interweaving of two realms, which in most other religious mysticisms have remained separate, that gave the Kabbalah its specific imprint. Small wonder that it seems strange to students of Christian mysticism, since it does not fit into the categories of ‘mysticism’ with which they are familiar. The more sordid, pitiful, and cruel the fragment of historical reality allotted to the Jew amid the storms of exile, the deeper and more precise the symbolic meaning it assumed, and the more radiant became the Messianic hope which burst through it and transfigured it. At the heart of this reality lay a great image of rebirth, the myth of exile and redemption, which assumed such vast dimensions with the Kabbalists and accounts for their prolonged historical influence. For in the books of the Kabbalists the personal element is almost negligible and so veiled in all manner of disguises that we must look very closely to find it. Very rarely did a Kabbalist speak of his own way to God. And the chief interest of the Kaballah for us does not lie in such statements, but in the light it throws on the ‘historical psychology’ of the Jews. Here each individual was the totality. And this is the source of the fascination which the great symbols of the Kabbalah possess for a historian no less than a psychologist. In the Kabbalah the law of the Torah became a symbol of the cosmic law, and the history of the Jewish people a symbol of the cosmic process.

In a generation that has witnessed a terrible crisis in Jewish history, the ideas of these medieval Jewish esoterics no longer seem so strange. We see with other eyes, and the obscure symbols strike us as worth clarifying. Research in this field involves an enormous responsibility. In digging up and evaluation the material, a scholar must make every effort to preserve a critical attitude. For long before historians became interested in Jewish mysticism, charlatans and cranks were drawn to it. This was of doubtful benefit to the study of the Kabbalah. The endeavor to understand what was here enacted at the heart of Jewry cannot dispense with historical criticism and clear vision. For even symbols grow out of historical experience and are saturated with it. A proper understanding of them requires both a ‘phenomenological’ aptitude for seeing things as a whole and a gift of historical analysis. One complements and clarifies the other; taken together, they promise valuable findings.

"Along with Scholem's Major Trends in Jewish Mysticism, this is the standard work in its field."

"Comprises some of Scholem's most broadly conceived intellectual efforts, dealing with such universal issues as creativity and tradition, Scripture and its interpretation, religion and myth, and the nature of religious authority."

"Makes the intricate and fascinating world of kabbalistic symbol and myth accessible to a wider audience, rendering it in terms that are of interest to contemporary readers."

ON THE KABBALAH Scholem, Gershom