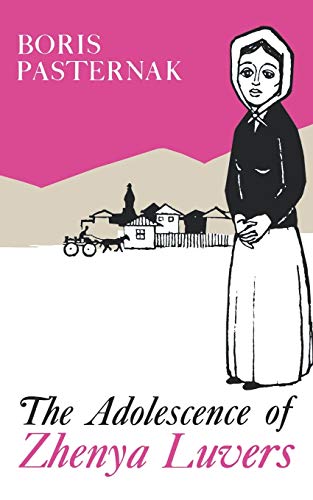 Description du livre Paperback. Etat : New. Language: English. Brand new Book. An enthralling novelette by Boris Pasternak, the author of Dr. Zhivago, Adolescence of Zhenya Luvers explores how a thirteen-year-old girl ceases to be a child and becomes a woman in Russia just before the Communist Revolution. The story examines the world through the reminiscences of a young girl and explores such themes as nature and how we are able to shape the world around us by how we perceive it. The novelette gives readers a prime example of Pasternak's signature style and use of poetics, imagery, and lyricism in prose. Adolescence of Zhenya Luvers is one of Pasternak's first stories, and it originally appeared in a collection by the same name published in 1925. Author: Boris (Leonidovich) Pasternak was a Russian philosopher, poet, writer, and translator. He is famous worldwide for his novel Doctor Zhivago, which won him the Nobel Prize in Literature in 1958. Born in Moscow in 1890 to a painter father and concert-pianist mother, Pasternak first pursued a formal education in musical composition at the University of Moscow, studying under the composer Scriabin. After six years, he gave up music and, following a brief stint in Germany studying philosophy, he returned to Russia to devote his life to writing. With the release of two major works of poetry--My Sister Life (1922) and Themes and Variations (1923), Pasternak found himself among the leading poets in Russia. He went on to publish works of fiction, including Adolescence of Zhenya Luvers (1924), several short story collections, and an acclaimed autobiography. As his writing grew more political in the '30s and '40s, Pasternak was unable to publish his own poetry, and instead turned to translating great literary works, including his mentor Rainer Marie Rilke, into Russian. In 1957, only three years before his death, he published Doctor Zhivago to instant international acclaim and a Nobel Prize nomination. In Russia, however, the book's politics were not well received. It was banned and Pasternak was expelled from the Union of Soviet Writers. This tumultuous political spotlight forced him to decline the award. Since his death in 1960, however, Pasternak's works have grown in popularity and he remains one of the most influential Russian writers of the twentieth century. N° de réf. du vendeur AAV9780806530086

The Adolescence of Zhenya Luvers Paperback