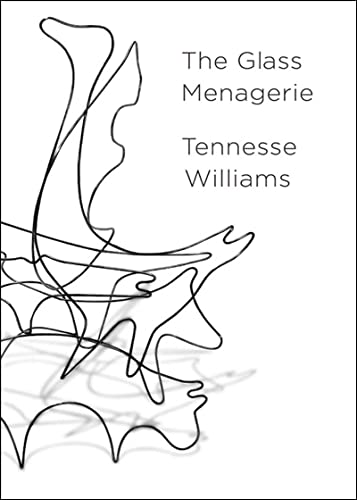 The Glass Menagerie marked a crucial turning point in American theater, and forever changed the life of its then unknown author. Williams s elegiac master- piece brought a radical new lyricism to Broadway the tragedy, fragility, and tenderness of this memory play have made it one of America s most powerful, timeless, and compelling plays. The introduction by Tony Kushner sparkles with the kind of rich, unique insight that only a fellow playwright could convey. The Deluxe Centennial Edition includes: Tony Kushner s astonishing introduction. The pioneering essay, The Homosexual in Society, by Tennessee s friend Robert Duncan, and poems by Hart Crane, E. E. Cummings, Walt Whitman, and Tennessee Williams, which Kushner discusses as sources of inspiration. The Pretty Trap, a cheerful one-act run-up to The Glass Menagerie. The Portrait of a Girl in Glass, Tennessee s short-story variation of the play Photographs of great actresses who have played Amanda, and stills from various stage and film incarnations of The Glass Menagerie. Williams s classic essay about fame, The Catastrophe of Success. The playwright s original Production Notes. The 1944 opening-night rave reviews from Chicago. An essay by the distinguished Williams scholar Allean Hale, Inside The Menagerie, provides autobiographical particulars about Williams s family life in St. Louis. A gorgeous new jacket design by Rodrigo Corral."

Few plays have explored the byways of the human heart as poignantly and poetically as Tennessee Williams' The Glass Menagerie. In this touching audio, we meet the embattled Wingfield family: Amanda—faded southern belle, abandoned wife, dominating mother, who hopes to match her daughter with an eligible "gentleman caller;" Laura—lame and painfully shy, she evades her mother's schemes and reality by retreating to a world of make-believe; Tom—sole support of the family, he eventually leaves home to become a writer but is forever haunted by the memory of Laura.

Also included on this audio are priceless recordings of Tennessee Williams bringing his own interpretations to the wistful opening monologue and the tragic ending, as well as to his own brilliantly charming poetry and his uproariously wicked short story, The Yellow Bird.

Tennessee Williams, born Thomas Lanier Williams in 1911 in Columbus, Mississippi won Pulitzer Prizes for his dramas, A Streetcar Named Desire and Cat on a Hot Tin Roof. Other plays include The Glass Menagerie, Summer and Smoke, The Rose Tattoo, Camino Real, Suddenly Last Summer, Sweet Bird of Youth and Night of the Iguana. He also wrote a number of one-act plays, short stories, poems and two novels, The Roman Spring of Mrs. Stone and Moishe and the Age of Reason. He died in 1983 at the age of 72.