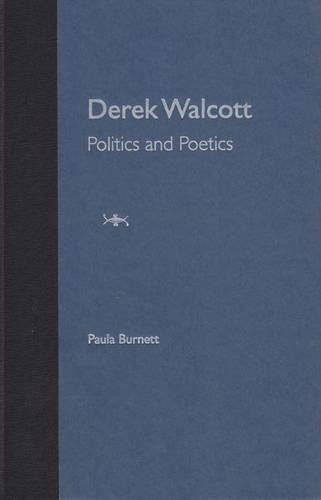 Description du livre Hardback. Etat : New. Language: English. Brand new Book. "An important contribution to the study of Walcott's poetry and plays."--Modernism/modernity "Walcott, [Burnett] says, has assimilated western tradition to his own project, using it to create a new plural world of open-ended possibilities. . . . A book that should be of interest to any student of Walcott's literature."--Times Higher Education Supplement "This ambitious book takes in the full corpus of Walcott--plays, essays, interviews, etc., as well as the poetry--and argues the essential unity of his (humanistic) vision."--Wasafiri "Burnett is very good on Walcott's aesthetic and technical strategies, particularly the mythopoeic framework of his thought, and the epic form which he frequently employs."--New West Indian Guide "Convincingly suggests that Walcott's art radiates outward from St. Lucia to the West Indies, the Caribbean, Latin America, and the Americas, becoming an art that honors and enlarges the English language and its multiple histories and usages."--World Literature Today "A long-overdue critical assessment of Walcott's varied and extensive oeuvre. Its insightful readings and detailed historical and cultural context make it a must-read for students of contemporary Caribbean literature and culture."-- Lizabeth Paravisini-Gebert, Vassar CollegePaula Burnett offers a new interpretation of the life's work of acclaimed St. Lucian poet, playwright, and Nobel Prize winner Derek Walcott. Often regarded as the radical voice of the Third World, his drama and poetry together form a coherent project designed to create a legacy for modern Caribbean society. Illuminating his ideology and the technique that informs his writing, Burnett discusses his unique approach to myth, identity, and aesthetics.In addition to his poetry, the book draws extensively on Walcott's essays, plays, broadcasts, private interviews, and public appearances, some previously unpublished or unrecorded. What emerges is the picture of an epic poet with remarkable gifts working to impart the distinctive wisdom of Caribbean culture--a politically aware writer celebrating his people, place, and language. Burnett also reveals an artist with a message to the world: that a positive sense of identity can be built out of negative circumstances like injustice and exploitation, if only creativity is mobilized.The book serves as a critical study for more experienced scholars and as a solid introductory text for students of Walcott's work. Its readable and well-organized style also makes it appealing to anyone with a general interest in poetry. N° de réf. du vendeur AAN9780813018829

Description du livre Hardback. Etat : New. New copy - Usually dispatched within 4 working days. This text offers an interpretation of the life's work of acclaimed St. Lucian poet, Derek Walcott. It discusses his unique approach to myth, identity, and aesthetics. What emerges is the picture of an epic poet with remarkable gifts working to impart the distinctive wisdom of Caribbean culture. N° de réf. du vendeur B9780813018829