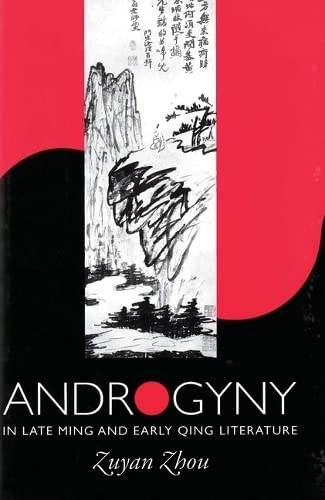 Description du livre University of Hawai'i Press, United States, 2003. Hardback. Etat : New. New. Language: English. Brand new Book. The frequent appearance of androgyny in Ming and Qing literature has long interested scholars of late imperial Chinese culture. A flourishing economy, widespread education, rising individualism, a prevailing hedonism - all of these had contributed to the gradual disintegration of traditional gender roles in late Ming and early Qing China (1550-1750) and given rise to the phenomenon of androgyny. Now, Zuyan Zhou sheds new light on this important period, offering a highly original and astute look at the concept of androgyny in key works of Chinese fiction and drama from the sixteenth to the eighteenth centuries. The work begins with an exploration of androgyny in Chinese philosophy and Ming-Qing culture. Zhou proceeds to examine chronologically the appearance of androgyny in major literary writing of the time, yielding novel interpretations of canonical works from The Plum in the Golden Vase, through the scholar-beauty romances, to The Dream of the Red Chamber. He traces the ascendance of the androgyny craze in the late Ming, its culmination in the Ming-Qing transition, and its gradual phasing out after the mid-Qing. The study probes deviations from engendered codes of behavior both in culture and literature, then focuses on two parallel areas: androgyny in literary characterization and androgyny in literati identity. The author concludes that androgyny in late Ming and early Qing literature is essentially the dissident literati's stance against tyrannical politics, a psychological strategy to relieve anxiety over growing political inferiority. N° de réf. du vendeur AAN9780824825713

Description du livre University of Hawai'i Press. Hardback. Etat : New. New copy - Usually dispatched within 4 working days. Zuyan Zhou offers an astute look at the concept of androgyny in key works of Chinese fiction and drama from the 16th to the 18th centuries. This study probes deviations from engendered codes of behaviour both in culture and literature. N° de réf. du vendeur B9780824825713

6. Zhou: Androgyny in Late Ming and

10. Zhou: Androgyny in Late Ming and