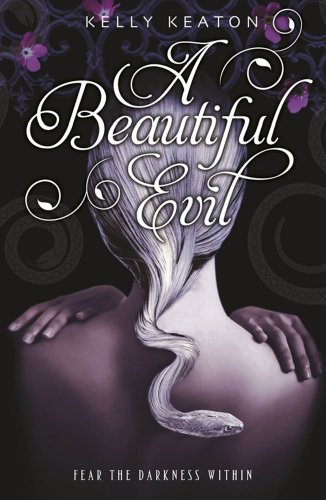 “EVERYONE KNOWS WHAT YOU ARE NOW. QUESTION IS, SELKIRK, will you live up to their expectations or be the complete failure I think you really are?”

My pulse thundered like a herd of galloping horses. Sweat rolled down my back, dampening my shirt and the waistline of my jeans. Tiny wisps of hair stuck to my face and neck. I kept my eyes shut and dug my short fingernails into the wrist I held tightly, wishing I could inflict some pain . . . or better yet, make him shut the—

“Do it!” he snarled, his breath fanning across my forehead.

I squeezed my eyes closed tighter than they already were. For forty-five minutes I’d been “trying,” and that was about forty-four minutes too long to stay in a room with Bran Ramsey.

If I could figure out how to control my power and use it at will, even just a tiny bit, my training session would be done for the day and I could rejoin the nontortured students at Presby.

Bran’s calloused hand clamped around my throat. My eyes flew open. What the hell? He squeezed hard, his fingers encircling my neck almost completely. I struggled, questioning him with my look, unable to do anything more than make small wheezing noises.

“You’re not trying,” he growled deeply, stepping on my toes. “You’re too scared to try. You even smell scared. You make me sick, Selkirk.”

Pressure built behind my eyes and in my face. My lungs strained. I pulled at his hand. I slapped. I kicked. I punched at his arms and chest, unable to reach his head. But it didn’t matter. None of it mattered. Going up against Bran was like trying to beat up an oak tree.

Bran leaned close, his nose almost touching mine, the brown in his eyes going darker and meaner. “What are you going to do now, god-killer?”

White fuzz began to ring my vision. My arms went limp. He released me with a shove. I stumbled back in disbelief, gasping for air. I braced my hands on my knees, concentrating on each painful breath—in and out, in and out—until the dizziness ebbed and I was able to straighten.

An open-handed smack landed on the back of my head. I ducked, my arms going protectively over my head. “Stop it! Jesus! Are you insane?!”

He moved too quickly for me to defend myself. A boot to the back of my knee sent me crumbling to the floor. My hands slapped hard against the mat. This was really starting to get old. “Stop it, Bran. I’m done, okay?”

I’d been trained as a bail bondsman by my last foster parents, Bruce and Casey, but nothing had prepared me for this. This was . . . different. This was removed, cold, and impatient. This didn’t inspire confidence, and so far it hadn’t taught me a damn thing at all. This was simply an exercise to show me what it felt like to be a mouse to Bran’s maniacal cat.

I was almost too afraid to get up, knowing he wasn’t finished with me. I lifted my head, swiped the sweat from my brow with my arm, and glanced at the clock. Five more minutes until the bell rang.

Five more minutes. I chanted those three words over and over as I straightened and faced him.

Bran stood in the center of the room, feet braced apart, thick arms folded over his chest, one dark eyebrow cocked up. There was no sheen of sweat on his tanned face. No dampness to his wavy sable brown hair.

“I thought you were supposed to teach me, not try to kill me,” I forced out through my sore throat.

“Semantics.” He flicked a glance at the clock and smirked, telling me with a look exactly how much damage he could do in the next four minutes.

I rolled my eyes, letting my frustrations flow into my words. “Uh, gee, I don’t know. Stop baiting me, stop pushing me, stop hitting me, stop being a supreme asshole.” There, I said it. And it felt good. Damn good. It wasn’t like he was going to take it easy on me anyway.

A lethal grin pulled his lips apart. “Make me.”

The gleam in his dark eyes—it was like he was dying for someone to finally give him some decent action. And that someone, he had decided, was me. It didn’t matter that I was a student and he was a demigod/security specialist/one of the nine Novem heads. Semantics, right?

I stepped forward, knowing I could probably draw this out until the bell rang. I was, if nothing else, experienced in the art of toughing it out. There were ways a body could turn and move so that the blows wouldn’t hurt so much. I took up a defensive position.

His words sank in and I snorted, arching one eyebrow to match his cocky expression. “I don’t exactly see you using yours.”

He moved in a blur, so fast I didn’t have time to tense before he had me spun around and shoved front-first against the far wall, one arm twisted behind my back and the side of my face squished into the oak paneling.

Shock stole my breath, but only for a second before the anger rushed in, forcing away my surprise and pushing my blood pressure higher. The clock was ticking. Tough it out.

Then he breathed purposefully on my neck and chuckled, dropping his voice to a husky tone. “I suppose we could try another sort of tactic. . . .”

He was too close. Too pressed up against me. Too in my space. I was trapped. Completely trapped. Oh God. A sick wave rolled over my stomach.

I felt it then, uncoiling, waking, and my fear turned to panic. I mumbled words like a prayer: “No, no, no.”

My curse stirred, rising like smoke from my toes to my scalp, swirling, twisting, pushing painfully into places never meant to be filled. Every nerve shivered, every fine hair stood up, every ounce of flesh crawled as though a swarm of bugs scattered along my skin.

My body went stiff, bracing against the inevitable rise of power until I couldn’t bear the sensations anymore. Goddamn you, Bran!

It rushed the rest of the way in. Energetic. Alive. Aware. My curse, the gorgon, was a living shadow inside me.

I screamed and twisted from Bran’s hold, vaguely acknowledging that he let me, and grabbed his neck. His eyes were hard, daring. Our gazes locked as a tingling sensation shot down my arm and into my hand. It was cold, heartless, vicious. . . . Movement, like the softest breeze, began beneath my scalp. Slither—No, no, no.

I screamed again, against the horror, finally finding enough strength to shove Bran back.

Then it was over.

My curse retreated, leaving me slumped against the wall, my eyes wide and glassy, heart beating so fast I thought it might burst.

Bran stood very still. His neck and the skin over his jawbone were white—unnaturally white—marble. Me. I’d done that. His dark eyes bored into mine, intense, but somehow calm and confident. His skin color slowly returned, and his shoulders relaxed.

“And that, Ari Selkirk,” he said smugly, rubbing his jaw, “is called trying.”

He strolled to the far corner to take a swig of water from his bottle. Still stunned by what I’d done, I watched his throat work as he drank deeply. I knew what I could do, had felt the same sensations before, but it was still a shock to the system; it wasn’t something I’d ever get used to. And I didn’t want to.

Bran set the bottle down, swiped a hand over his mouth, then leaned casually against the table in the corner to study me. “Now that we know your power stirs from fear and adrenaline, we have something to work with. Don’t make me push you that far again. It’s . . . distasteful. Soon you’ll be able to control it without giving in to those unnecessary emotions. But”—he shrugged—“I suppose it’s a decent enough start for your first day of training.”

And I just stood there staring at him, amazed by how he could sound so blasé after all that.

“We’ll work again tomorrow.” He nodded to the door. “Now get lost.”

I headed for my backpack on the floor by the door, my legs so weak I was surprised they even worked. My hand trembled as I grabbed the strap to my bag, slung it over my shoulder, and left the room the other students at Presby had dubbed The Dungeon.

Ari has finally learned the terrifying truth. She is a descendant of Medusa, cursed to become a monster designed to kill with a single touch.
Haunted by the image of what she will become, Ari, with the help of the gorgeous Sebastian, is doing everything she can to learn more about Athena, the goddess who cursed her family and kidnapped young Violet. But the battle between good and evil is much bigger than she realises, and Ari is about to be pulled into a world more horrific than she could ever imagine. And now, as she prepares to face Athena, Ari must unleash the very thing she's most afraid of… herself.

Description du livre Paperback. Etat : Very Good. The book has been read, but is in excellent condition. Pages are intact and not marred by notes or highlighting. The spine remains undamaged. N° de réf. du vendeur GOR004329172

2. A Beautiful Evil (Gods and Monsters)

Description du livre Simon and Schuster Childrens UK, 2012. Paperback. Etat : Used; Good. **Simply Brit** Shipped with Premium postal service within 24 hours from the UK with impressive delivery time. We have dispatched from our book depository; items of good condition to over ten million satisfied customers worldwide. We are committed to providing you with reliable and efficient service at all times. N° de réf. du vendeur 2468933

3. A Beautiful Evil (Gods and Monsters)