Doi, Takeo The Anatomy of Dependence

The Anatomy of Dependence 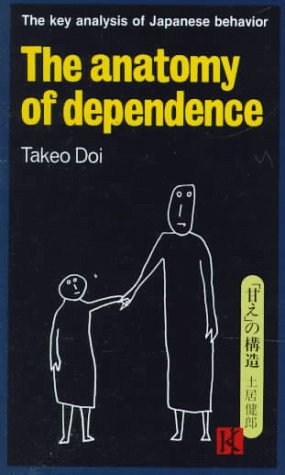 A classic study of the Japanese psyche, a starting point for a true understanding Japanese behavior....

The discovery that a major concept of human feeling — easily expressed in everyday Japanese — totally resisted translation into a Western language led Dr. Takeo Doi to explore and define an area of the psyche which has previously received little attention. The resulting essay, The Anatomy of Dependence, is one of the most penetrating analyses of the Japanese mind ever written, as well as an important original contribution to psychology which transcends the boundaries of cultures and nations.

Published in Japan as Amae no Kozo (The Structure of Amae), Dr. Doi's work is focused upon the word "amae" (indulgence) and its related vocabulary. Expressive of an emotion central to the Japanese experience, "amae" refers to the indulging, passive love which surrounds and supports the individual in a group, whether family, neighborhood, or the world at large. Considering the lack of such words in Western languages, Dr. Doi suggests inherent differences between the two cultures — contrasting the ideal of self-reliance with those of interdependence and the indulgence of weaknesses. Yet, he finds that Western audiences have no difficulty in recognizing and identifying with the emotions he describes, and are even searching for a way to express this need.

While there is no doubt that the concept of "amae" is more developed in Japan and the feelings it engenders more profound, Dr. Doi's work is widely recognized as having a universal application. This translation of his most important essay has now been long welcomed as a major contribution — not only as an insight into the Japanese mind, but into the minds of men everywhere.

TAKEO DOI (b. 1920), M.D., has served as a professor at the University of Tokyo and International Christian University, Tokyo, and is one of Japan's leading psychiatrists. Born in Tokyo, he graduated from the University of Tokyo in 1942. He held a number of posts at American institutes and universities, including fellowships at the Menninger School of Psychiatry and the San Francisco Psychoanalytic Institute, and was visiting scientist at the National Institute of Mental Health, Bethesda, Maryland. He also headed the psychiatric department at St. Luke's International Hospital in Tokyo. Doi has published a number of works and contributed to many more, including The Anatomy of Self.

1. The Anatomy of Dependence Doi, Takeo and Bester, John

2. THE ANATOMY OF DEPENDENCE