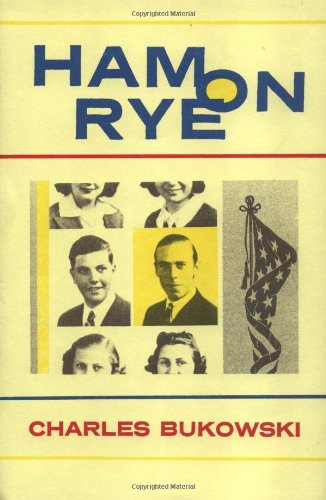 In what is widely hailed as the best of his many novels, Charles Bukowski details the long, lonely years of his own hardscrabble youth in the raw voice of alter ego Henry Chinaski. From a harrowingly cheerless childhood in Germany through acne-riddled high school years and his adolescent discoveries of alcohol, women, and the Los Angeles Public Library's collection of D. H. Lawrence, Ham on Rye offers a crude, brutal, and savagely funny portrait of an outcast's coming-of-age during the desperate days of the Great Depression.

"He brought everyone down to earth, even the angels" (LEONARD COHEN)

"In an age of conformity, Bukowski wrote about the people nobody wanted to be: the ugly, the selfish, the lonely, the mad" (Observer)

"Both powerful and, where appropriate, extremely funny" (Sunday Telegraph)

"This great novel is Bukowski's supremely honest account of a twisted childhood" (Howard Sounes author of Bukowski: Locked in the Arms of a Crazy Life)

"The Thing about Bukowski is, when you read what he has to say, he's right" (SEAN PENN)

"We all knew Bukowski was a tough guy, but who would have guessed that even the grave could not shut him up?" (BILLY COLLINS)

Charles Bukowsk is one of America's best-known contemporary writers of poetry and prose, and, many would claim, its most influential and imitated poet. He was born in 1920 in Andernach, Germany, to an American soldier father and a German mother, and brought to the United States at the age of three. He was raised in Los Angeles and lived there for fifty years. He published his first story in 1944 when he was twenty-four and began writing poetry at the age of thirty-five. He died in San Pedro, California, on March 9, 1994, at the age of seventy-three, shortly after completing his last novel, Pulp.