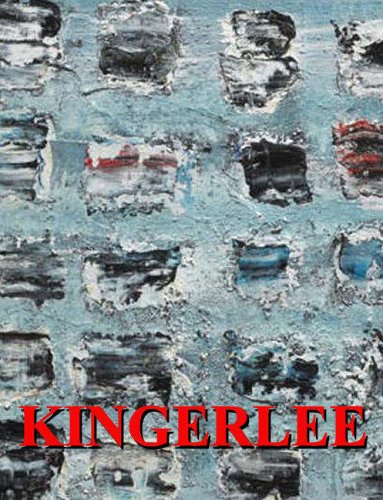 Where I Sensed the Breath of God : A Footnote in Anglo-Irish History

Where I Sensed the Breath of God : A Footnote in Anglo-Irish History

Description du livre 4°. 280 pages. One Volume in Original Hardcover with original dustjacket in protective collector's mylar / Three Volumes in Softcover. Collection of 4 signed volumes from John Kingerlee's library ! 3 of the 4 volumes are in original softcover/ Excellent condition with only minor external wear. A non-conformist at heart, John has turned his back on the traditional way of seeing and depicting landscape - as a series of parallel planes that are made to appear to recede from foreground to background by the artist's manipulation of linear and aerial perspective. Recognising that perspective itself is a mathematical construct, John takes a different approach that is as radical as it is original. He states that he wants his art to recreate the experience of being in and moving through the landscape. In the studio, using his own made-up pigments, he mimics the cycle of growth and decay by working with matter in a very direct and hands-on way. He applies colours, deep pools of it, red brick, reds, molten silver and zinc, platinum and titanium, sulphuric yellows and so much more to dozens of paintings in various states of becoming. He paints standing up, applying a new layer of paint (finished paintings will comprise fifty to one hundred or more layers of paint applied over a period of several years and when completed can take up to five months to dry out). His preferred tools are palette knives (one in each hand is the norm), and a decorator's brush which he holds vertically using a stippling technique. John Kingerlee (born 14 February 1936) is an Irish painter currently living in West Cork. He is a convert to Islam and has a second family in Fez, Morocco. John Kingerlee was born in Birmingham, England in 1936. His Mother was related to Hogan's from County Cork and he was educated in a school run by the Marist Fathers. After living for twenty years in Cornwall in the far southwest of Britain, he moved in 1982 to an isolated farmhouse on the Beara Peninsula in West Cork, Ireland. Kingerlee has exhibited works in Ireland, England and The United States of America. (Wikipedia) Sprache: english. N° de réf. du vendeur 25397AB